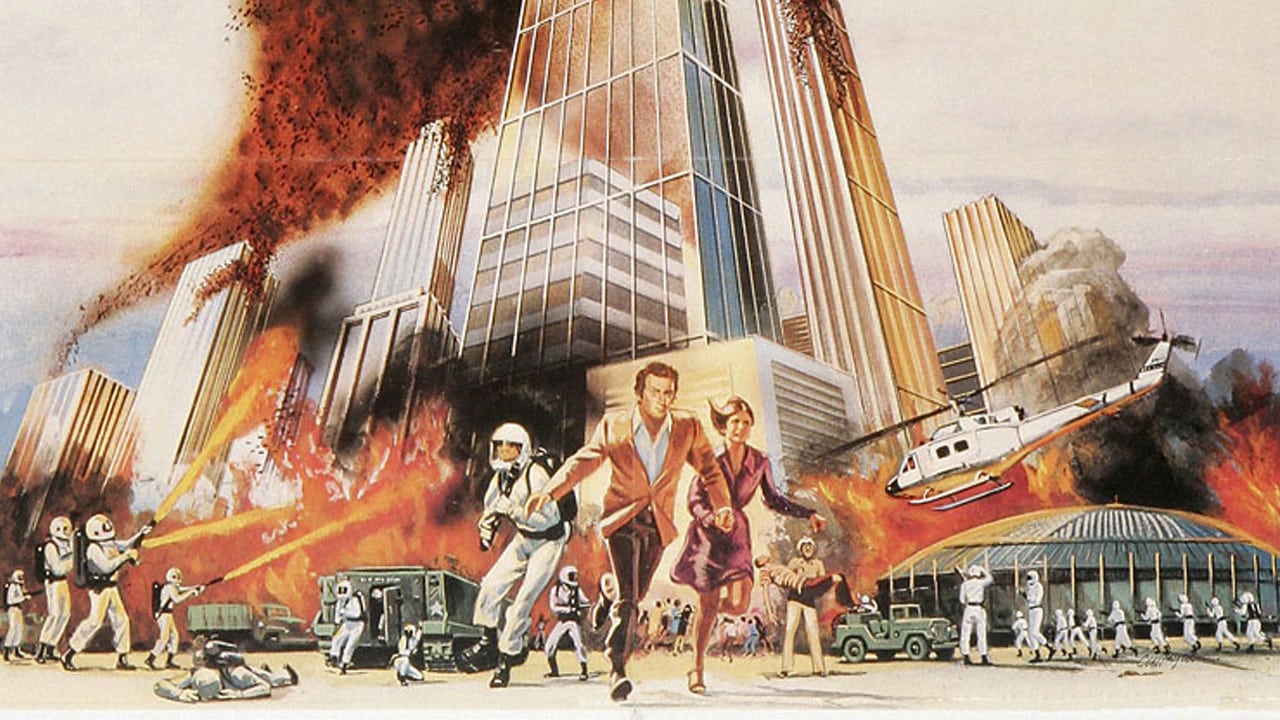 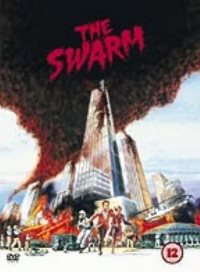 Big shot Hollywood producer Irwin Allen was known as “The Master of Disaster” back in the 70s because of his successful run of blockbuster disaster movies. A who’s who of Tinsel Town lined up to take the heat in The Towering Inferno and go glug in The Poseidon Adventure, but his most disastrous movie of all was the $20 million bee picture The Swarm.

Patrons who paid good bees and honey to see this really got stung!

Normal everyday bees just collect pollen from the flowers and help make honey to sell in shops. African killer bees, on the other hand, have a rather more sinister agenda, the clue being in their name. Having made enough mischief on the Dark Continent, this mutant strain of super-intelligent and frankly anti-social insects head for Texas on a mission to destroy Houston’s missile silos and nuclear power stations. Boy do they have a problem this time.

As usual Irwin recruited a lot of big stars, most of them down on their luck, to fill the minor roles. We’re talking about the likes of Fred MacMurray, Olivia De Havilland, Ben Johnson, Lee Grant, José Ferrer and Henry Fonda. The one big name still with a career to worry about was Michael Caine, who apparently used his inflated fee to buy a house. He is spectacularly miscast as a “brilliant entomologist” named Brad who munches on sunflower seeds and walks around like he has a broomstick lodged where the sun doesn’t shine. He also gets to say the film’s most quoted line: “Will history blame me or the bees?”

Not bad Michael, but it doesn’t have quite the same ring to it as, “Bees! Thaaaasands of them!” 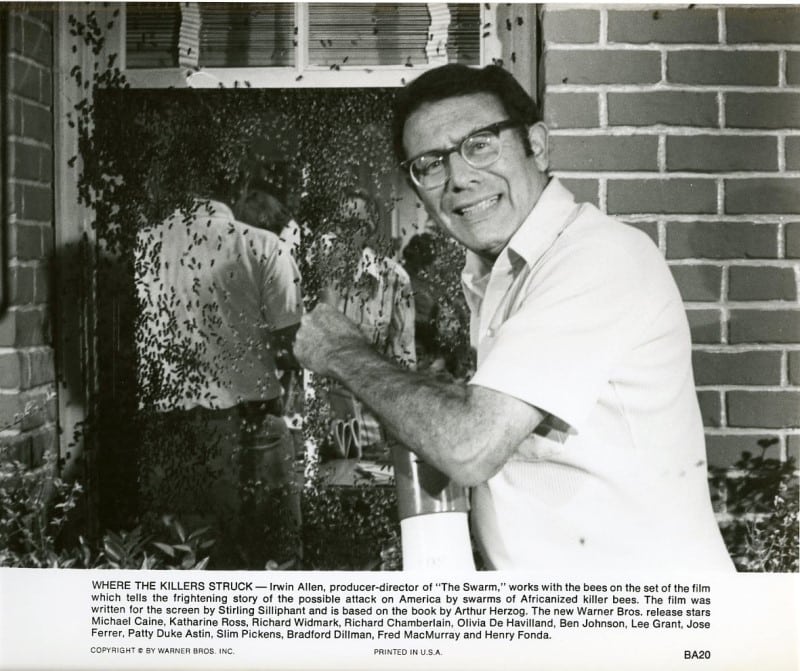 Caine’s character is the first to recognise the imminent threat and puts it into words as eloquently as we expect of him: “We’ve been fighting a losing battle against the insects for fifteen years. But I never thought I’d see the final face-off in my lifetime. And I never dreamed that it’d turn out to be the bees. They’ve always been our friends!”

See, you learned something there – an entomologist is someone who fights insects.

The early part of the movie finds Caine in conflict with no-nonsense military man Richard Widmark as they try to thrash out a way to stop the bee invasion.

Caine asks him: “Are you endowing these bees with human motives? Like saving their fellow bees from captivity, or seeking revenge on Mankind?”

Widmark replies: “I always credit my enemy, no matter what he may be, with equal intelligence.”

Judging by Widmark’s performance we think that’s probably a fair thing to do.

Meanwhile, the sky is filled with what looks like badly back-projected coffee grounds as the bees make, er, a beeline for brightly coloured objects on the ground – those gaudy 70s fashions can be lethal. The scenes where the little buzzers attack people are seemingly accomplished by firing little black balls of fluff at the actors with an air cannon while they run around in a blind panic, realising their careers will be over when this film hits the screen.

Despite the film’s huge budget it has the look of a Roger Corman cheapie, with poor model work depicting helicopters and trains exploding. The film itself is the only convincing train wreck here and its failure affected poor old Irwin so much that he warned people never to mention it in his presence again – and walked out of an interview when one journalist did.

Strangely enough though, The Swarm still generates a bit of a buzz among bad movie buffs, and it has at least one classy thing about it, a rousing Jerry Goldsmith score which at one point cheekily borrows from Rimsky-Korsakov’s “Flight of the Bumblebee.” It also uses b-e-e as its primary musical notes… 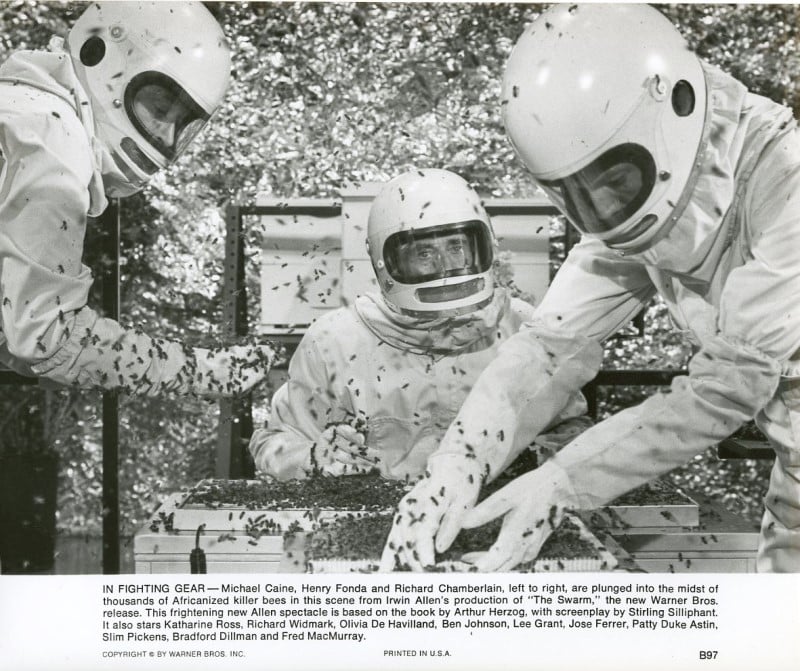