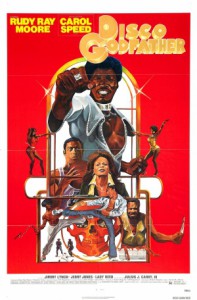 Disco Godfather could very well qualify Rudy Ray Moore as the Ed Wood of the 1970s. It is a movie so bad – badly filmed, badly acted, and badly edited – that it reaches a Platonic ideal of badness, which of course turns the film into some kind of twisted masterpiece of cheese cinema. The man you all know as Dolemite

plays the “godfather of the disco” – the local and popular owner of the Blueberry Hill nightclub. The first five minutes of the movie are devoted to a typical night where the godfather, known as Tucker, decked out in amazingly ostentatious garb, stands behind the wheels of steel telling everyone to “put your weight on it!” After his nephew has an unfortunate encounter with angel dust (which causes him to hallucinate some kind of cheesy voodoo zombie lady), Tucker pays a visit to his old police unit and proceeds to “activate his reserve status”, whatever that means. 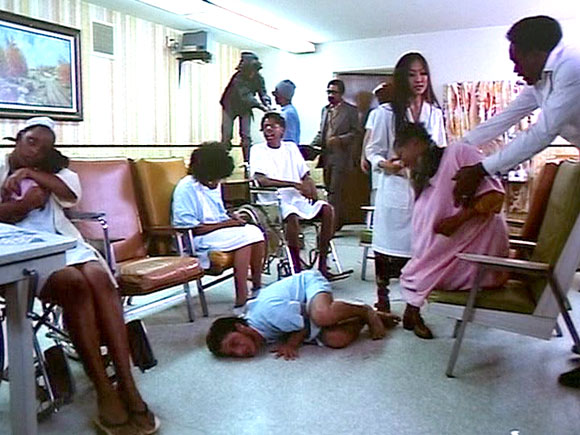 We are soon treated to a low-budget war between Tucker and the angel dust dealers, punctuated with fake kung-fu, laughable psychedelic PCP trip-outs that inexplicably last months, a white police captain (Frank Finn) who picks up a phone receiver to deliver a monologue to the audience and then subsequently hangs up without making a call, an anti-PCP rally run by a woman (Carol Speed) telling us to either “wack the attack” or “attack the wack” (depending on how she is feeling at the moment), and an attempt at an exorcism on a whacked-out girl by the girl’s mother and her entourage of priests and gospel singers. 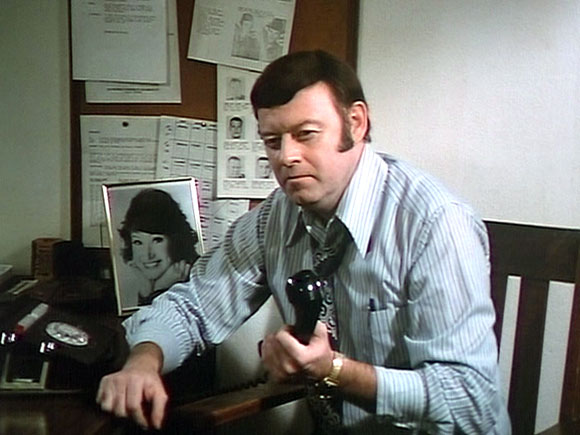 I’d call my agent if I had one! 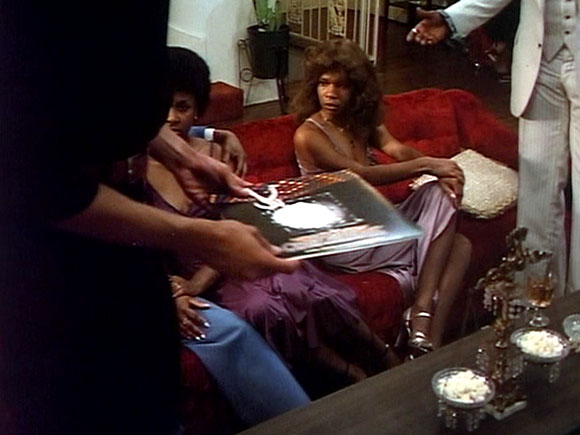 You may not be aware, but all copies of Saturday Night Fever originally came with a few grams of coke.

Don’t forget the scene where a random jogger arrives at a warehouse where Tucker is fighting, and, upon learning that the bad guys are angel dust dealers, declares “Let’s kick ass, then!” (Random jogger is never heard from again). Or the strange diss of Saturday Night Fever

(at a party, the Sound Track Lp

is used as a coke bowl). Or a fight with a whip-cracking punk in a cowboy hat bearing a familiar resemblance to Harvey Keitel in Taxi Driver

. Perhaps you might enjoy the scene where Tucker is force-fed the dust and then hallucinates his evil Aunt Betty (why she is evil isn’t revealed). 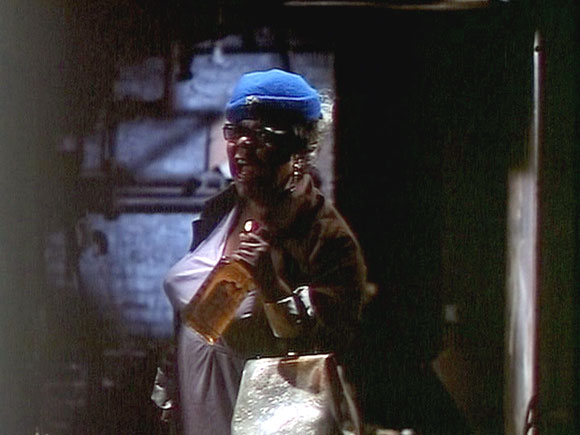 I don’t wanna kiss Aunt Bunny! She’s got a mustache! 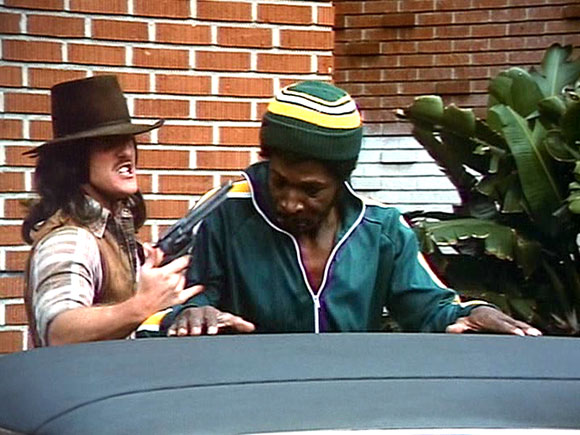 We’re glad that Harvey Keitel’s stunt double can get work.

The fact is, Disco Godfather is a treasure trove of choice dialogue, cheesy disco music, and over-dramatic rantings against the horrors of PCP (almost evoking the feel of a flick like Reefer Madness

) everywhere. The DVD extras include trailers, radio spots, and a camcorder shoot of Rudy Ray Moore “on location” – cementing the whole affair as a paradox of Ed Wood proportions – you are watching somebody pour their heart into something only to have it fail utterly, and yet, the total honesty and naïveté of it all elevates the piece into total camp. Enjoy it with friends and a six-pack if you can. 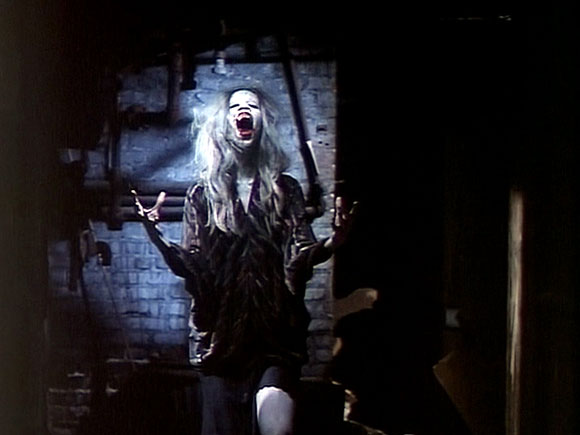