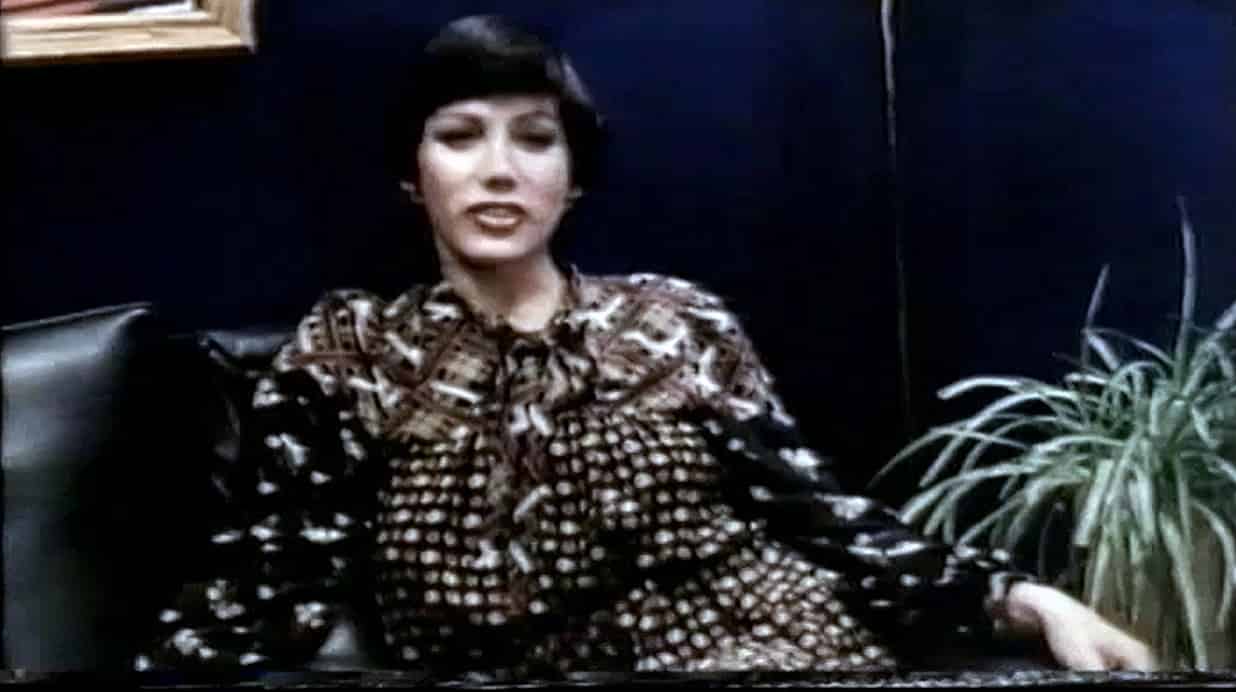 A late 70s update of Ed Wood’s Glen Or Glenda, this bizarre semi-documentary about true-life sex-change patients is strictly for those with very strong stomachs. For once the box office hype is true  We do indeed “See a man turn into a woman before your eyes”, and I’m sure you can imagine what this entails. It brings tears to my eyes just thinking about it, let alone seeing the operation displayed in full colour!

Our guide is the frightfully serious Dr. Leo Walton, a physician with a stack of letters after his name, who takes it upon himself to explain the “monstrous biological joke” that causes the birth of transsexuals. His first case study is an attractive young brunette named Anne. She picks up a guy (who looks disconcertingly like Reg Varney from On The Buses!) in the park and takes him back to her apartment. They start to have sex, and poor old Reg doesn’t realise at this point that the hooker he’s with has meat and two veg stuffed down his/her panties!

“There are 100,000 transsexuals like Anne in the United States today,” states the Doc sombrely as the camera lingers on salacious images of Anne’s little dingle-dangle while she’s taking a shower. So watch yourselves, guys…

The Doc then explains the process by which transsexuals are turned from men into women. “As you may have noticed, in spite of her female breasts, Anne still has a penis. She is trying to save enough for a final operation, which is the removal of her penis. Then she will become a complete woman.” Some people can’t wait, such as one of the Doc’s patients who was a carpenter by trade. He decided to do the operation himself with a hammer and chisel – we’re shown this in graphic close-up – ouch! “This is not advisable,” states our medical expert. Yeah, we figured that.

The Doc regularly holds encounter groups where transsexuals meet to discuss their problems – this being a long time before The Jeremy Kyle Show. Sadly, most of the people there look like they wouldn’t be attractive to any gender.

The centrepiece of the movie is the sex change operation itself, shown in ghastly close-up, with the penis and scrotum being removed and the excess skin used to create an artificial vagina. This is a pretty traumatic op as you can imagine, and plenty of recuperation is recommended, for the viewer as well as the patient. The Doc gives us a cautionary tale of one character who couldn’t wait to test out their new tackle. On the way home from the hospital she seduced her taxi driver (a scene that’s salaciously dramatised in a near-pornographic way) and split herself open, necessitating a further two weeks under medical supervision. There’s also the sad story of a stiff and starchy businessman named Steve, who was on the eve of getting married when he came to the Doc for help. It seems he was uncertain of his sexuality and felt he might like to wear high heels and suspenders rather than boring suits. But before Steve could sort out his dress arrangements he committed suicide by hanging himself. The Doc says he was mortified that he could not explain the reason for the suicide to his wife-to-be, but this patient confidentiality thing’s a bitch. Mind you, it’s apparently all right to explain it to the thousands of rubbernecking punters who rent the video…!