Superman IV: The Quest For Peace 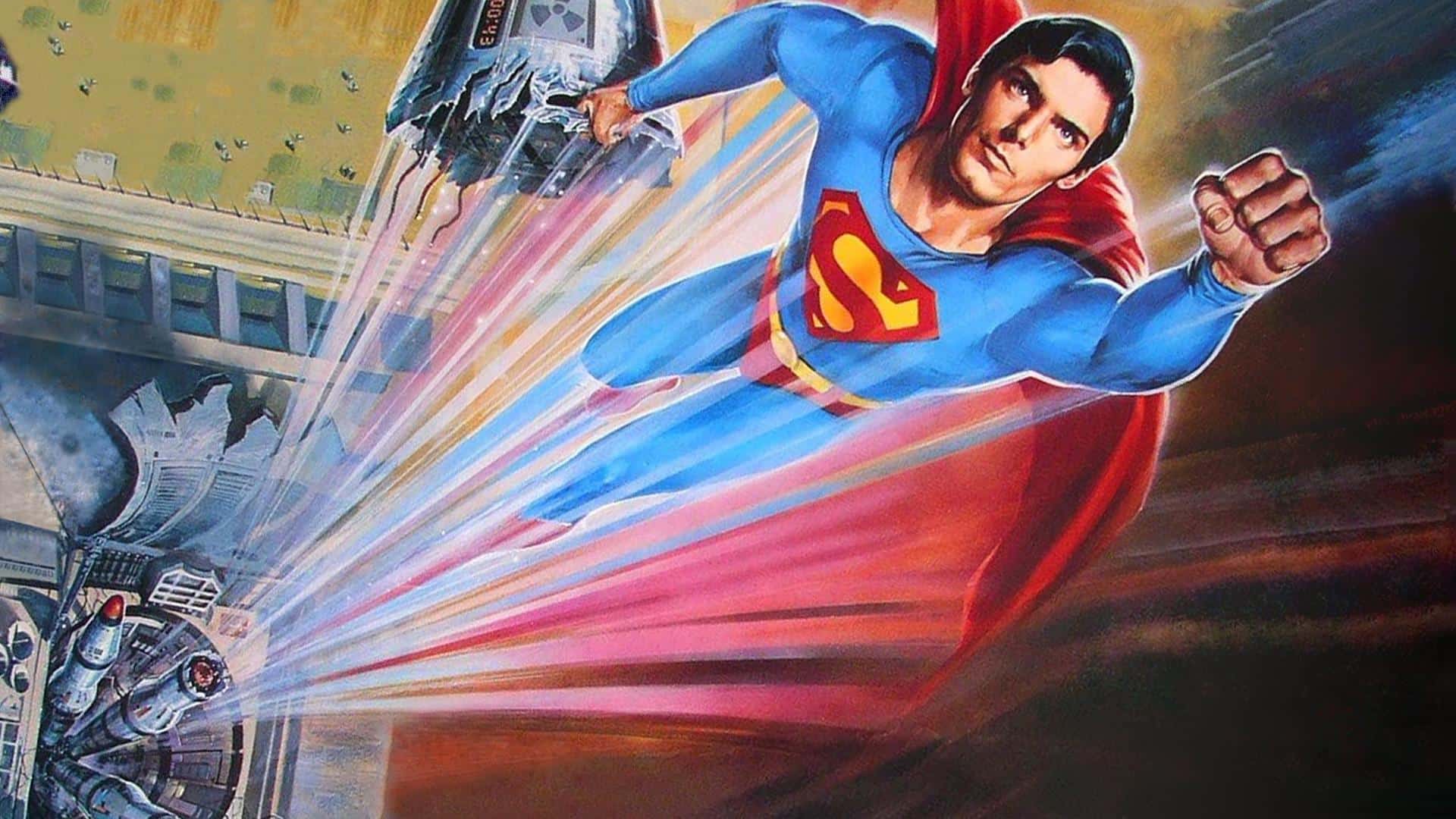 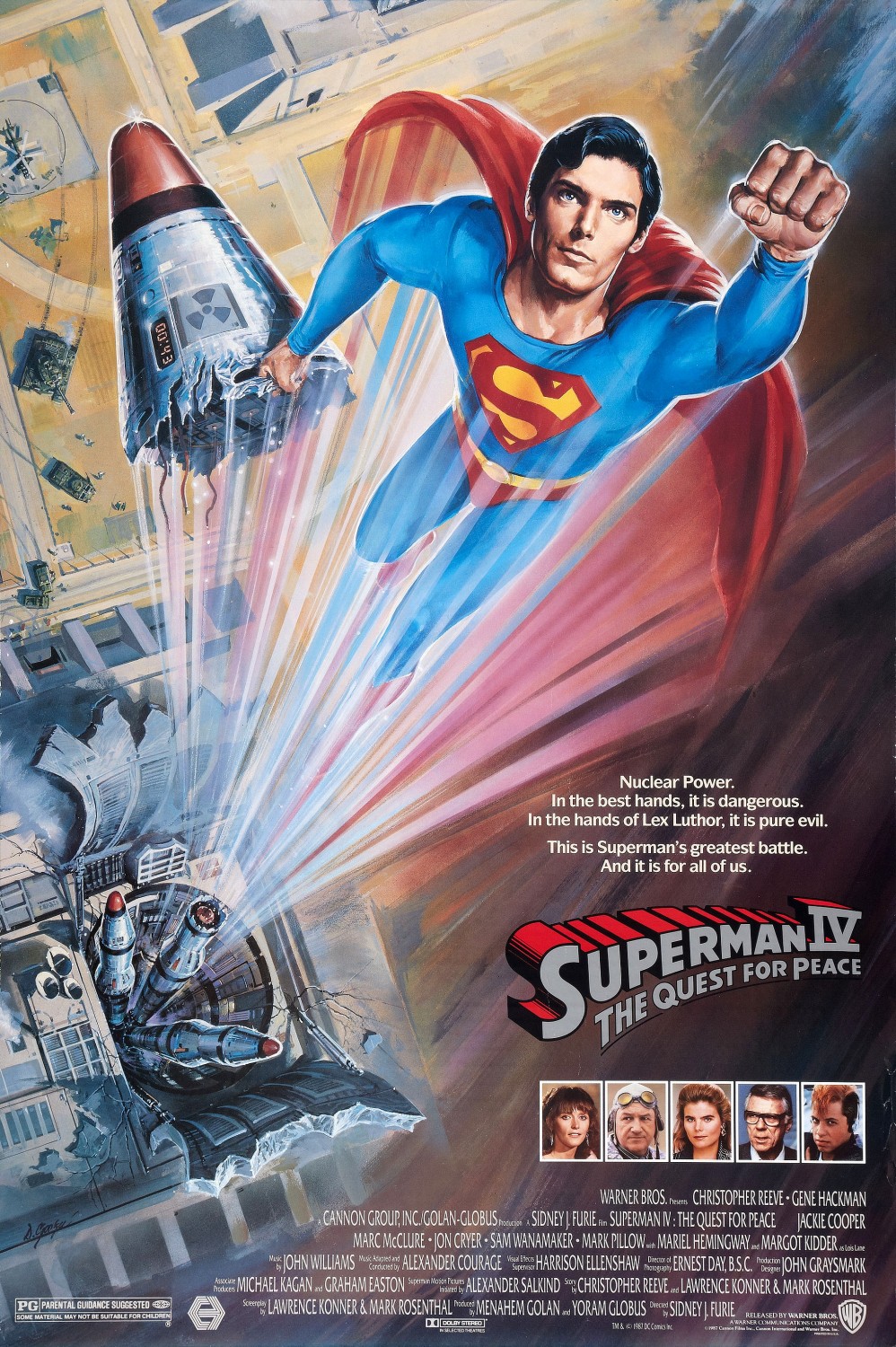 Much like water is wet and the sky is blue, successful cinematic spectacles could always be relied upon to spawn trilogies. Nowadays the hunger for movie-sponsored moolah ensures that franchises live long beyond these primitive plans of days gone by, with Marvelicious universe-building and stretching source novels to breaking point over multiple movies the new black, but throughout the previous decade the law of three was in full effect. The initial wave of spandex supernovas embraced this status quo like few others, with Blade, Spider-Man and X-Men all spreading their stories over a troika of tales.

Unfortunately, this isn’t where the similarity ends – the reputations of all of these ground-breaking originals were sullied by sub-standard third acts. It would be inaccurate to describe Blade: Trinity, Spider-Man 3 and X-Men: The Last Stand as irredeemable commercial bombs – the web-slinger, in particular, topped the 2007 box office pops – but critical savaging and creative dissatisfaction sounded the death knell for these costumed crusaders (even if, in the true tradition of comic book characters, their demises proved to be wholly temporary).

The fulmination of the four-colour threequel isn’t a contemporary concept, though. As far back as 1983 audiences were left despondent at Christopher Reeve’s third outing as the original caped crimefighter, as Richard Lester’s return to Metropolis resulted in the woefully misjudged Superman III. Sidelining Big Blue in favour of co-star Richard Pryor did nobody any favours, as Superfans begrudged the reduced screen time of their hero, the manic and controversial Pryor was neutered in such family-friendly entertainment, and the overtly camp and comedic tone of the finished film sat ill at ease with critics and audiences alike. Time can do strange and wonderful things to a films reputation however, and Superman III is frequently held up as some kind of masterpiece in comparison to its successor.

Superman IV: The Quest for Peace is undoubtedly an utter disaster. Franchise godheads Alexander and Ilya Salkind bailed after 1984’s Supergirl, handing the reins to Cannon Films – who clearly didn’t familiarise themselves with the troubled production history of the original masterpiece, and the price tag associated with producing a classic. The Quest for Peace is hilariously, depressingly hamstrung by an undernourished budget – wheras Reeve convinced audiences that a man could fly back in 1978, almost a decade on he looks more like he just wants to cry. 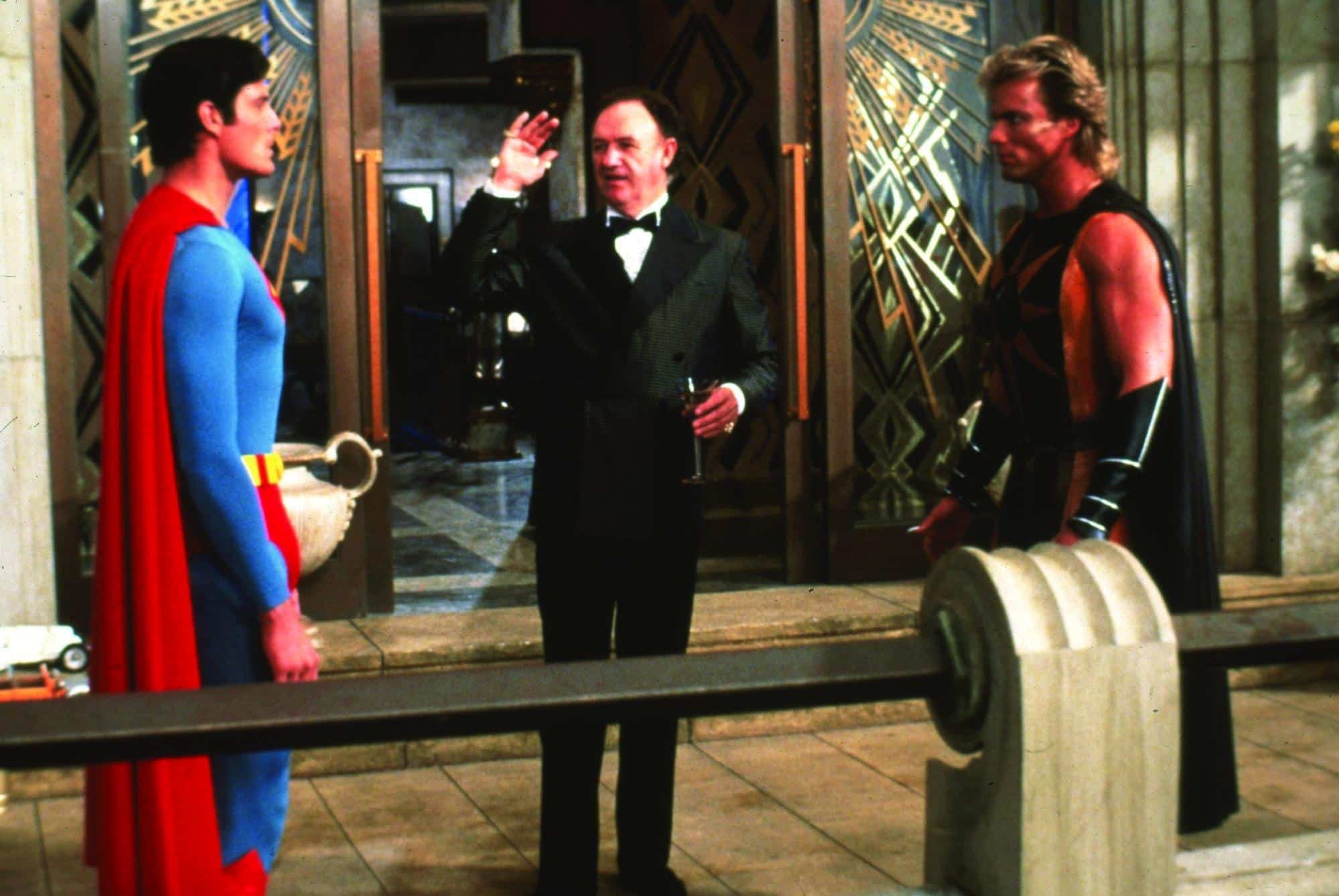 Filming was relocated to Blighty in a further cost-cutting measure, and while the half-assed attempts at making the London Underground resemble a Metropolis subway are amusing, they have nothing on the legendary doubling of Milton Keynes for Manhattan’s UN HQ. It turns out that, in the eyes of Iron Eagle director Sidney Furie, a solitary fire hydrant can turn the most desolate British industrial estate into the most recognisable and important locations on the map. (Google Superman 4 Milton Keynes for a legendary image on this front!)

Monetary concerns aside, The Quest for Peace’s many other issues are not entirely insurmountable, but it’s unfortunate that Margot Kidder hardly registers. Having barely appeared in Superman III, the actress is doomed to largely repeat well-trodden lovelorn shtick, remaining wholly subdued and barely recognisable as the Lois Lane we know and love throughout this fourquel’s short running time – and displaying none of the spit and vinegar that made her performance in Richard Donner’s original so iconic. The script is also uneven, with some of Supes’ speeches feeling clunkier than an aging Volkswagen in need of an oil change.

To give the devil his due, however, Furie occasionally hints at rediscovering some of the old franchise magic – John Williams’s score is iconic and stirring as ever, and Gene Hackman is given some rum lines on his return as Lex Luthor (most notably referring to his nephew Lenny as “the Dutch Elm Disease on my family tree”). The movie also showcases some ballsy themes, daring to discuss the threat of nuclear war and the role of responsible journalism in a plot that centres around Superman deciding to rid the world of atomic weapons at the request of a child – against a backdrop of the Daily Planet being bought out by an amoral tabloid publishing mogul. If you can forgive the none-more-eighties workout scene there’s even some degree of fun to be had with the love-square that develops between Clark, Lois, Superman and newcomer Lacy Warfield (played by the ever-glamourous Mariel Hemingway), especially the high farce of the eponymous do-gooder attempting to have Clark and Superman both present as the same double date. 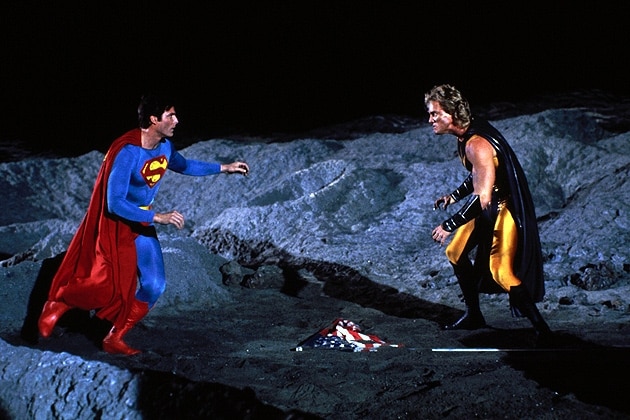 Ultimately, alas, it’s the penny-pinching that sinks The Quest for Peace. The villain of the piece, the Luthor-created Superclone Nuclear Man, is a suitably intimidating blonde lunk as portrayed by Mark Pillow (one of only three screen credits for the well-built Brit – and in this one Hackman provides his voice) but lacks any kind of personality that makes us care about him or his rage. The fight scene between the two metahumans that dominates the final third is packed with laughable flying effect, and the big blue Boy Scout’s central dilemma surrounding whether he should rid the world of nuclear weapons is also misjudged. Realistically, who wouldn’t risk the complete annihilation of planet Earth if it meant wiping Milton Keynes off the map?

One final note that we should add – the Quest for Peace Blu-ray contains thirty minutes of deleted scenes, which include an entire deleted sub-plot involving Luthor’s first unsuccessful attempt at cloning Supes. Acting as some kind of pseudo-Bizarro, the initial Nuclear Man emerges naked but for a metal codpiece, before changing an outfit and haircut that suggest he is en route to audition for The Cure, stopping only to tangle with the Man of Tomorrow’s wholly unconvincing stunt double in a fight scene backed by a musical score that’s half-circus theme, half-70s porno. Believe it or not, this occasionally endearing exercise in incompetence could have been even worse. As it stands, it’s still more enjoyable than Man of Steel.