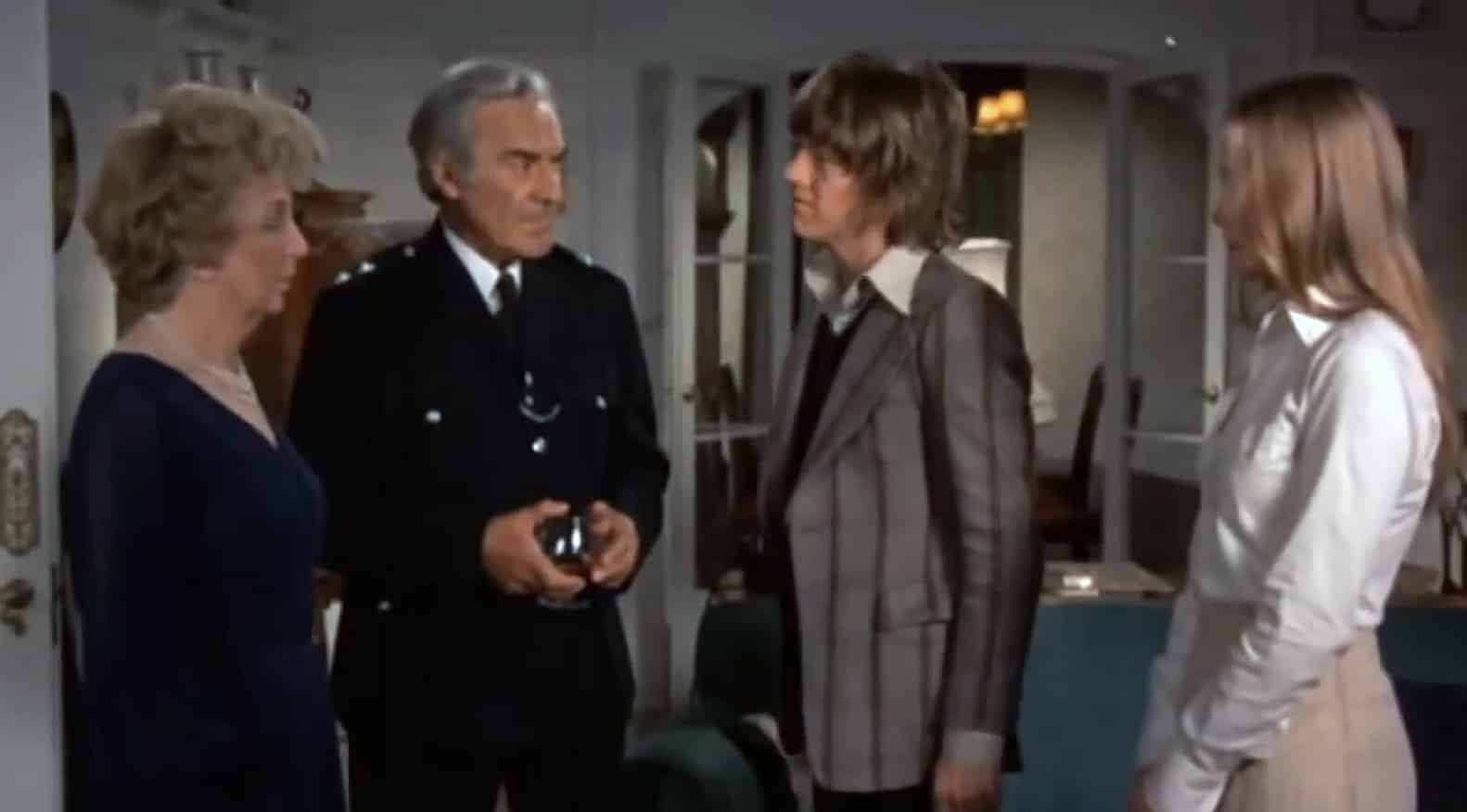 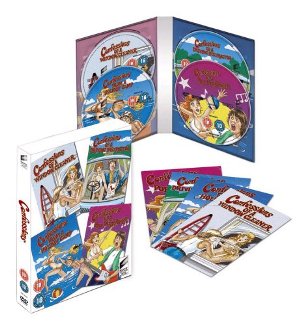 The antics of Sid James and company were often a bit near the knuckle, so to speak, but in a resolutely ‘A’ certificate fashion. Then along came the Confessions of… movies. Rude enough for an ‘X’, they were a natural progression from the Carry Ons, arriving on the scene in 1974 just as the pun-filled antics of the Carry On crew were looking increasingly outdated.

Based on pulp novels by Christopher Wood, there were four Confessions movies in total, and they all starred Robin Askwith, who had done his comedy apprenticeship with Sid in Carry On Girls and the movie of Bless This House.

Askwith admits he got the part of the film’s amiably gormless, mop-haired hero only after every other eligible young actor in Britain had turned it down – including Nicky Henson, Dennis Waterman and Richard Beckinsale. He recalls he got the princely sum of £1,750 for his labours, which sounded pretty good back in 1974.

However, Robin found that he was expected to work hard for his money. “We would shoot three versions of all the shagging scenes. The ‘A’ would be totally starkers, the ‘B’ would be bra and pants, and believe it or not the ‘C’ version was fully clothed. With retakes and what have you, I estimated that I shagged 864 times per movie!” A dirty job, but someone’s got to do it, eh?

You can groan at the bad jokes and the childish slapstick to be found in Window Cleaner, but it hit the target as a classic example of the kind of broad working class comedy that was all the rage in those days of On The Buses and Love Thy Neighbour. In fact, it quickly became the biggest British moneymaker of its year, which probably also illustrates how chronic a state the British film industry was in 1974! 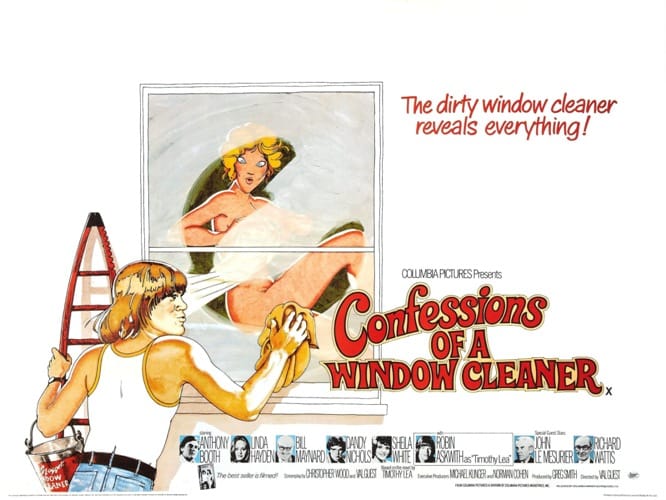 The films may all be rubbish, but Askwith was perfectly cast as Timmy Lea, a slack-jawed innocent who finds he’s irresistible to women once he gets up a ladder with his soap suds and chamois leather. Unfortunately the one woman he does fancy (played by Askwith’s long-time real-life girlfriend Linda Hayden) proves a bit more difficult to get between the sheets. The movie also featured Cherie Blair’s dad, Tony Booth, as Timmy’s lecherous brother-in-law Sid Noggett.

Askwith points out that the first film’s director/writer Val Guest (The Day The Earth Caught Fire) played a major role in the success of the initial film. “It would have been nowhere near as good with anyone else directing,” notes Robin. “Crumpet was Val’s hobby you might say. He was a man let loose in his own fantasy world – and loving every minute!”

It wasn’t long before Timmy and Sid returned in Confessions Of A Pop Performer. “I’d love to handle your PR” says a sexy advertising lady. “Do you mean my pr…ick” comes back the witty reply. Yes, the sophisticated double-entendres and farcical bedroom capers were well up to standard as the lads took on the task of managing a no-talent rock band and ended up causing chaos at the London Palladium. Among the celebrity crumpet on show: Jill Gascoigne (C.A.T.S. Eyes) and Rula Lenska (Rock Follies). 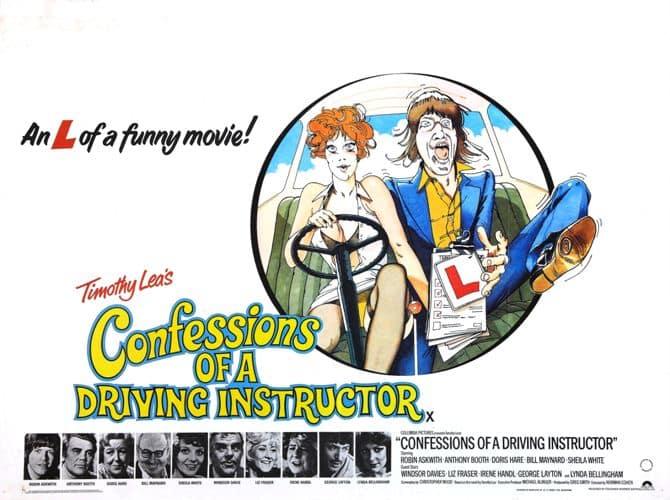 The third in the series, Confessions Of A Driving Instructor brought a guest appearance by OXO mum and latter-day Loose Women member Lynda Bellingham, who titters “How rude!” when her boob pops out. Here Timmy and Sid start a driving school and find that most of their amorous clients are far from being learners. The broad humour of the piece is summed up in the sequence where our hero gets his wedding tackle caught in the zip of his jeans and shouts… “Ouch! I’ve been arrested by the fuzz!”

The fun ended with Confessions From A Holiday Camp, in which Timmy and Sid pitch up as entertainers in the kind of holiday establishment that makes Butlins look like Barbados. With a theme song by The Wurzels and everyone trying to look cheerful while sitting round a swimming pool in freezing British weather, this was relegated to a limited release and put paid to the chances of the seemingly inevitable Confessions Of A Plumber’s Mate – which later became a stage show instead.

Askwith personally believes the series floundered not because it was rubbish but because Timmy Lea never really cracked the American market. “They had Deep Throat and they and Mary Tyler Moore– and nothing in between. America was basically a puritanical society, very high morals on the surface. My arse going up and down didn’t really fit in anywhere!” he laughs.

It’s not an image we like to dwell on.

The man who Loaded magazine once called “The Greatest Living Englishman” is still working these days and has recently turned up in the likes of Benidorm and Coronation Street. But he admits the spectre of Timmy Lea and his soapy chamois still haunts him.

“I was on a plane recently,” he said, “and this man came up to me and said, “I have to wear glasses thanks to watching your films!’”

So don’t be surprised if the next time you see randy Robin he has been recruited as the public face of Specsavers.

The Confessions films are available as a box set from Universal.