Worst Case of the Crabs On Screen: The Lost Continent (1968) 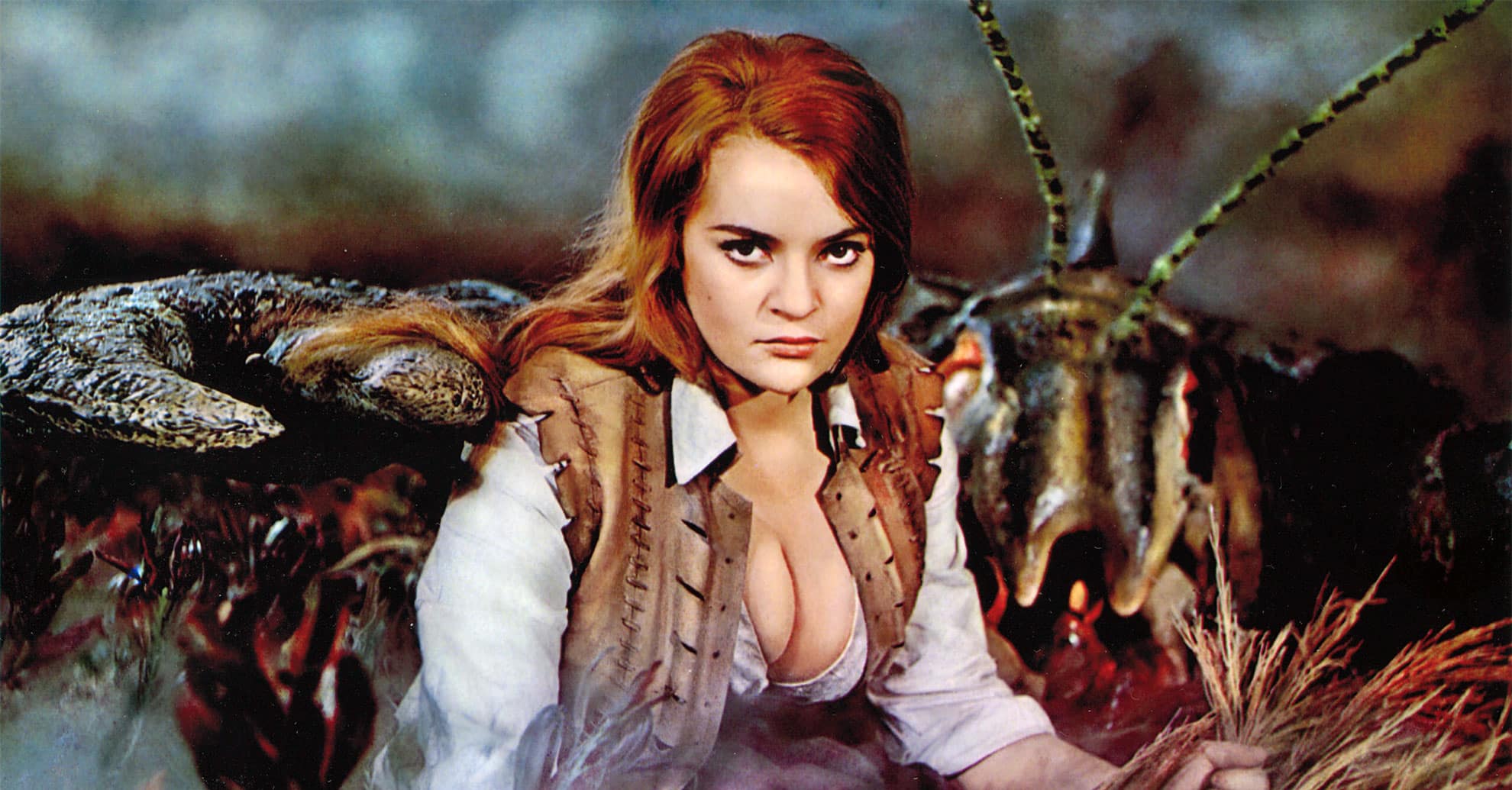 As a general rule of thumb I have a soft spot (somewhere between my ears) for any movies involving giant spiders or giant crabs. And if they are both shoehorned into the same film then I’m on it like a car bonnet.

There’s only one giant crab in Hammer’s The Lost Continent, but it’s so big and so obviously fake that you’ve got no choice but to love it. This supremely bad but hugely enjoyable fantasy also features giant scorpions and seaweed that eats people – a nice switch from what usually happens in Chinese restaurants.

Hammer generally didn’t have the budgets to stray far from their cosy world of claustrophobic crypts and matte-painted castles, and therefore they usually came unstuck when attempting sci-fi spectacle (Moon Zero Two, anyone?) or jungle fantasies like the hilariously kitsch Slave Girls.

They splurged over half a million squid, sorry, octopus, on making The Lost Continent, which was a lot for them. For that money they could have had lobster as well as crab. The sets were relatively spectacular and the sea scenes were all done in a specially constructed 175.000 gallon tank at Elstree Studios. Leslie Norman (the father of famed British film critic Barry) was hired to direct the picture, but he walked out after a week, leaving producer/writer Michael Carreras to take over. Barry was later asked why his dad had left the film and answered with a mysterious, “…and why not?`”

The storyline centres around an ill-assorted bunch of shady B-movie types who set sail on a ramshackle boat carrying chemicals which explode if they come in contact with water. Yeah, we can see the potential problems there.

The ship ends up stranded in an eerie, fog-enshrouded Sargasso Sea where giant crabs and jellyfish, prehistoric sharks and a lost race of Spanish conquistadors are among the local tourist attractions. There’s also a woman with very large breasts who walks around with marginally smaller balloons on her feet.

Suzanna is travelling with her dodgy dad Nigel Stock, a doctor with a very bent stethoscope, and Tony Beckley plays a drunken piano player who finally comes good under pressure and delivers an excellent version of Knees Up Mother Brown. Craggy-faced Eric Portman is the down-on-his-luck Captain and the exotic Hildegarde Knef is a shady lady with a past on the run from a banana republic – and not the one that makes women’s fashions. Comedian Jimmy Hanley is the cheery barman who always tries to look on the bright side and therefore has ‘victim’ written all over him. The poor sod duly falls into the clutches of one of the most ridiculous giant crab monsters ever put on celluloid. This big puppet creature obviously can’t do much on its own, so Hanley has to sort of wrestle himself to death in its papier mache pincers. Nice work there from Jimmy, who later got to wrestle with Giant Haystacks.

The film was based on a Dennis Wheatley novel called Uncharted Seas and was meant to cement Hammer’s ongoing relationship with the respected author, who had been delighted with Richard Matheson’s earlier adaptation of his novel, The Devil Rides Out.

Unfortunately for Hammer, Wheatley took one look at this movie and was horrified, but not in a good way. He promptly withdrew permission for the studio to film any of his other books, scuttling a planned adaptation of The Haunting of Toby Jugg, which has a giant spider in it but no crabs.

Despite what crabby old Dennis thought, The Lost Continent is a guilty pleasure worth repeating. It’s now readily available on DVD, and a Blu-ray release is planned. I still can’t figure out why it earned an ‘X’ certificate in its day, but the censor moves in mysterious ways. So do crabs, come to think of it.