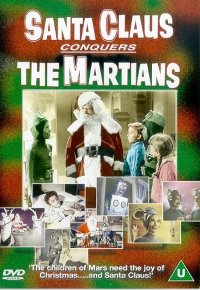 Christmas may be the season of good will to all men, but the makers of this particular oven-ready turkey were just taking the p!$$. Filmed in an old aircraft hanger, it’s the kind of movie that Ed Wood might have made at the start of his career, before he learned which end of the camera to look down.

The film opens on Mars, where the poor Martian kids are really down in the dumps because nobody showers them with unnecessary gifts once a year. They sit around in a zombie-like state watching TV shows from Earth about good old Father Christmas and wishing they could get an old geezer with white hair climbing down their chimney too – though obviously not one who is clad in a shell suit and muttering, “Now then, now then…” 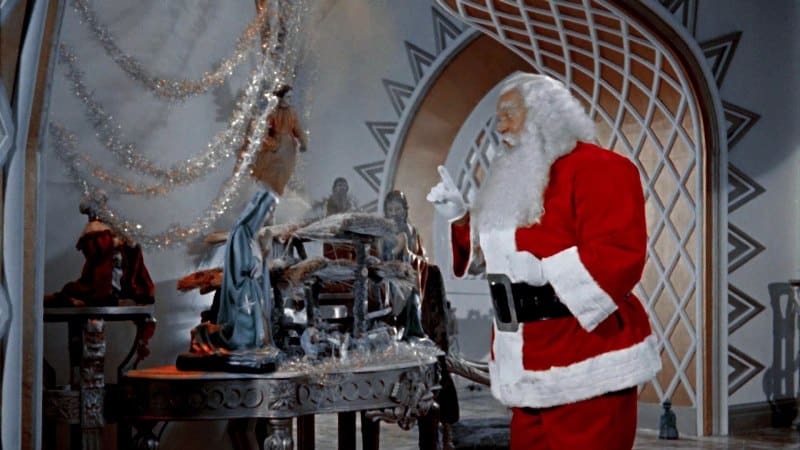 The rulers of the Red Planet call an emergency meeting and consult an 800-year-old wise man who lives in a cave with no chimney. He comes up with the genius idea of kidnapping Santa Claus from Earth and installing him on Mars, rather than just finding their own fat little man in a red suit and paying him minimum wage.

A raiding party of Martians set out, employing a cunning plastic “radar screen,” available from Woolworth for 3/6d, to fox our planetary defences. Kidnapping two annoying American kids, they threaten them with roles in the sequel unless they take them to Santa’s home at the North Pole, a Winter Wonderland which looks a bit like a typical department store Christmas grotto.

It soon becomes apparent that Kris Kringle himself – as played by rotund John Call – would never have passed the sobriety test to work in such a place. He’s definitely Christmas pie-eyed and his ‘Ho! Ho! Ho!” sounds much to lewd for our liking. Did the filmmakers do a CRB check on this guy?

After turning their freeze rays on Mrs Klaus and a few stray elves, the green-skinned meanies head off to Mars with Bad Santa and the irritating Earth kids. But their lives are in danger from the main baddie of the piece, a character called Vulgar (Vincent Beck) with a Frank Zappa moustache and the screen presence of a lump of balsa wood. He tries to bump Santa off but is foiled at every turn by good Martian kid Droppo (Bill McCutcheon), who must be sweating his cobs off under that ridiculous rubber mask. 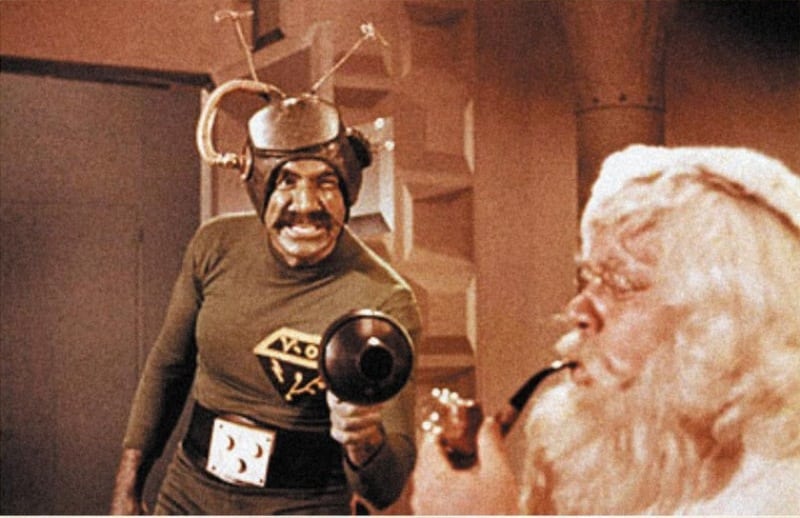 When the cardboard spaceship lands, the Martian kids immediately burst into peals of laughter. Well, it is a rubbish bit of special effects, that’s for sure. Santa is given a workshop and starts making crystal meth… sorry, wrong show, cheap consumer goods for the children. Vulgar is not happy and kidnaps Santa to finally settle his hash, but in an amazing plot twist we discover he’s really kidnapped young Droppo, who has dressed as Santa for a bet. The Martian kids attack Vulgar with ping pong balls and toy tanks, and tears stream down his face, either from being repeatedly hit in the goolies or suddenly realising he’s never going to get that Oscar now.

The Martians realise that Droppo makes a convincing Santa, and one who doesn’t need vodka on his cornflakes every day, so they fly the original back to Earth just in time for Christmas as the end titles come up to the inspirational song, Hooray For Santy Claus.

He’s fat and round, but jumping jiminy,

He can climb down any chimney,

Why do we hear sleigh bells ring?

Yule never believe how bad this is, despite the fact that it has attained some sort of bizarre cult following, probably because it marks the acting debut of Pia Zadora, later a winner of a Golden Raspberry Worst Actress Award for the film Butterfly. Kids who are not yet old enough to cut up their own food might get some fun out of this but for older viewers it’s a bit like Christmas itself: it goes on far too long and you’re glad when it’s all over. 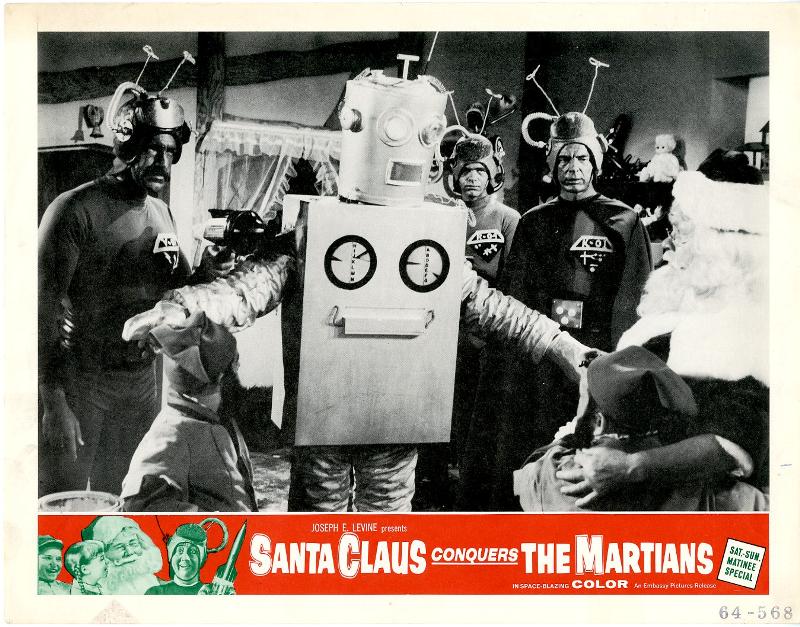