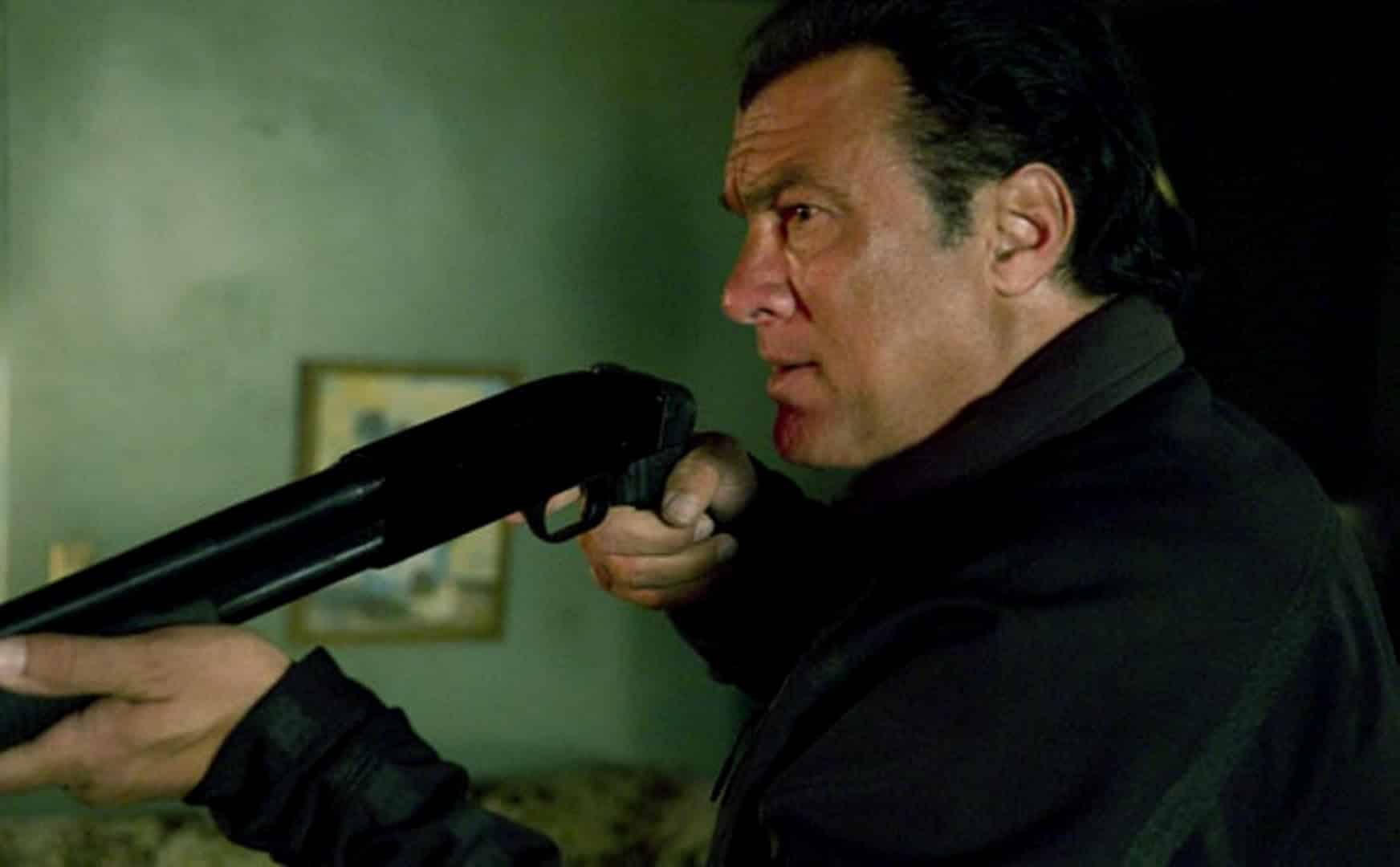 Normally we would recommend vast quantities of extra strong beer to keep your viewing faculties finely tuned while watching really bad movies, but when crank this Steven Seagal flick up for some late night viewing, only one drink will do.

Yes, Lightning Bolt is indeed the one and only energy drink crafted by martial arts expert and herbal specialist Seagal. With a healthy dosing of Tibetan Goji Berry, Asian Cordyceps, B-Vitamins, Green Tea, Yerba Mate, Ginseng, Ginkgo Biloba, Guarana, and Policosanols, Lightning Bolt will give you the strength you need to punch your adversary’s faces through plate glass windows day in and day out!

We love the names that Seagal comes up with for his characters. Here he plays Jonathan Cold, ex-CIA, now freelance and specialising in covert operations and nuclear weapons intelligence. B#$$er me, who’d let Steve near an atom bomb?!

“You see, in this business,” he says sagely, “the keys to the kingdom is weapons-grade plutonium. If you ain’t got that, you ain’t got shit.” Viewers will agree that this film is nothing but weapons grade throughout. Big Steve actually left the film 18 days into a 30-day shoot, leaving the rest of the work to his stunt double, so nothing new there. At the start Stevie appears to be a bad guy because he’s hired to break a terrorist out of prison and help him get the parts for a suitcase bomb. Meanwhile, some Chechen terrorists have been doing robberies to get enough money to buy the bomb and detonate it in Los Angeles. But it turns out Steve is a top secret undercover agent for the CIA and when the terrorists find out he has betrayed them and surround him with guns and stuff, he just shrugs and says, “S#!t happens, y’know?”

That could sum up his whole career.

Jonathan Cold also appeared in Seagal’s 2003 The Foreigner, and s#!t happened there too. Coincidence? There’s some clever product placement in this movie, by the way. In one scene Seagal is driving round and you can see McDonalds french fries and a Big Mac wrapper on his dashboard. At the end the suitcase bomb is activated and Seagal has three minutes to get it out of town before it explodes. Since it usually takes him that long to walk down a single flight of steps, it’s a tense moment. But he manages to nick a helicopter and dump the bomb in the drink. “We could be glowin in the dark for a while,” he grins as the radiation washes over him like a soothing Radox bath.

The message is simple: Drink Lightning Bolt and eat at McDonalds and you can survive a nuclear holocaust.