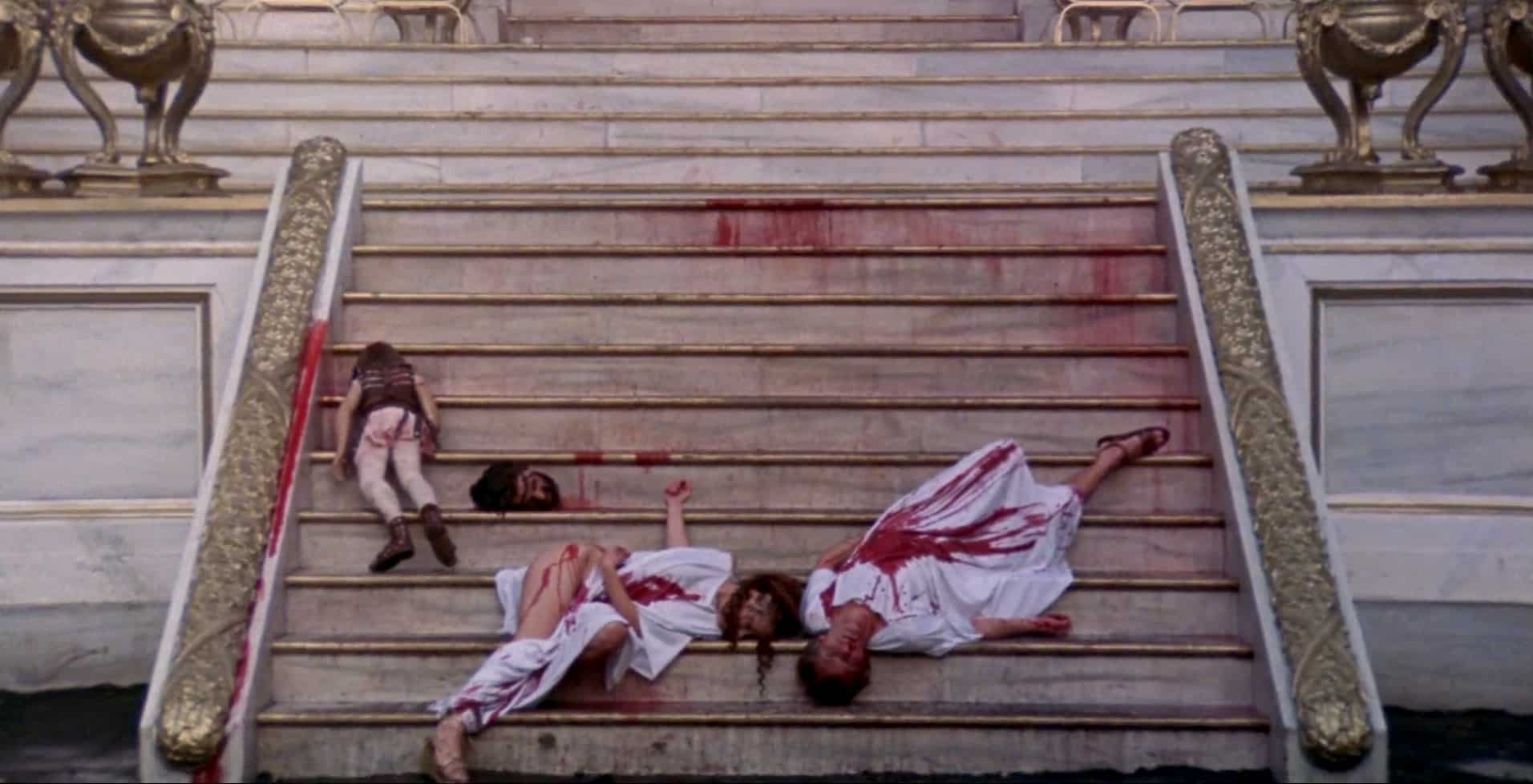 Ah, the majesty of the Roman Empire! The marching legions of Julius Caesar, the breathtaking spectacle of the Circus Maximus, and the legendary debauchery of Rome’s most notorious Emperor, Gaius Caesar Augustus Germanicus – better known by his one-word moniker, Caligula. In Latin, the name Caligula means “little boots,” but there is nothing little about the boots any would-be successor of this pervert extraordinaire would have to fill.

Among Caligula’s most infamous exploits were a long-standing incestuous relationship with his sister Drusilla, an endless succession of sex partners of both genders and all ages, and the solid gold statue of himself he had built as an idol to be worshipped. He also had a penchant for carrying out prolonged, agonisingly inventive torture on his perceived enemies and once famously launched a massive military campaign against the sea god Neptune, ordering his Roman legions to hurl their spears into the ocean.

Historians have explained Caligula’s bizarre behaviour as a result of his childhood in an atmosphere of political intrigue and betrayal, his tainted family tree (both his grandfather Tiberius and his nephew Nero shared his unusual sexual tastes) and/or a craziness cocktail of epilepsy mixed with schizophrenia. Whatever the cause, the life and times of this imperial freak-show was the source material for the spectacular 1979 Caligula, a $22million flop that was the first step down the path of financial ruin for Penthouse publisher Bob Guccione. Guccione hired Tinto Brass, helmer of Salon Kitty and numerous other Euro-sex masterworks to film all this, which seemed like a wise move at the start. After all, as the saying goes, where there’s muck there’s brass. Hiring acclaimed literary writer Gore Vidal to pen the screenplay took part of the gore side of the equation.

Various lawsuits flew back and forth and the film was mired in litigation for two years. When it finally got released, Caligula was labeled a ponderous, campy mess by critics and played solely in one posh Manhattan locale, The Penthouse East, which was equipped with overstuffed upholstered chairs and a then-hefty ticket price of $8.

Since then there have been numerous versions of this notorious sex and violence epic in circulation, most trimmed of the best bits – and yes, we do mean the more extreme hardcore sex and violence. Regular cuts included a scene where a drunken soldier is force-fed wine through a funnel, and then spectacularly disembowelled, and a bit where a severed penis is thrown out as dog food after a torture murder.

Nowadays you can see the film totally uncut thanks to Arrow’s magnificent UK Blu-ray release. Yes, it’s still a total mess, but well worth watching as tribute to the late Guccione’s massive ego. One priceless extra includes a guided tour of the sets in Italy conducted by Bob himself circa 1976, wearing at least 6 pounds of gold chains around his neck!

Felliini would never have been so ostentatious.