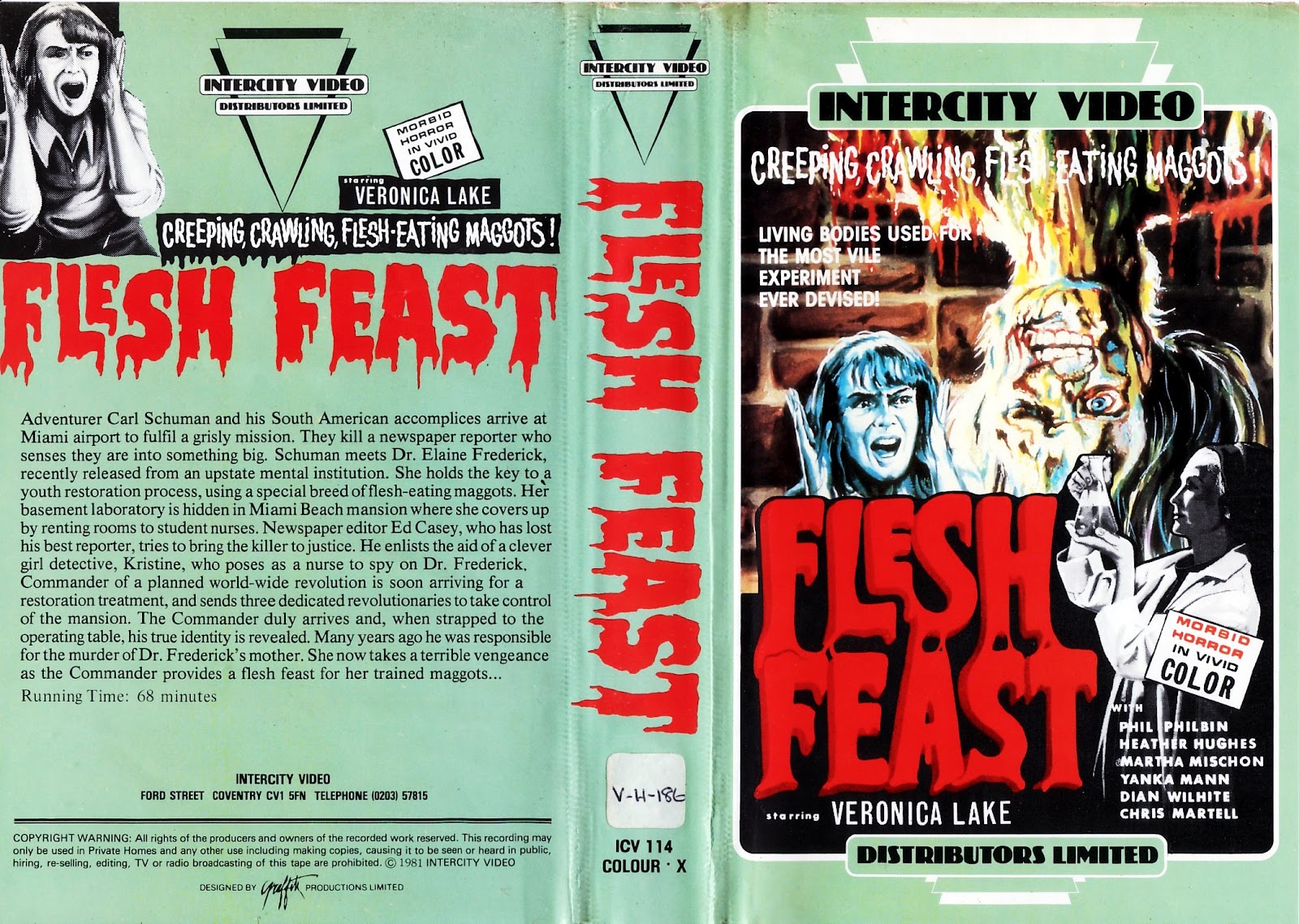 Sexy Veronica Lake was all the rage in the 1940s, when her smouldering looks decorated such hits as I Married A Witch and Sullivan’s Travels. Her face-obscuring “peek-a-boo” hairstyle was much copied, and the U.S. government asked her to have her long hair cut short after a number of factory accidents among her female fans!

Unfortunately she didn’t wear well thanks to a chronic drinking habit, and by the time she decided to star in (and finance) this low budget loser – her first film in 22 years – she was looking a bit like everyone’s favourite spinster aunt.

Filmed in Miami, it stars Lake as a plastic surgeon who also happens to be a former mental patient – never a combination that’s likely to be smiled upon by the medical council. Experimenting in a modest basement lab in Florida (which looks like your typical 1970s kitchenette), she has come up with a radical method of restoring youth, using specially bred flesh-munching maggots to eat away old skin tissue, which is then replaced with new skin.

Of course like any good mad scientist her work entails stealing bodies to experiment on, and the chopping up of these bodies so the parts can be hung in a freezer until they are well past their sell-by date. All that’s missing is a hunchbacked assistant and a brain in a jar, but the budget wouldn’t stretch to either.

The plot kicks off with a sinister South American gangster and his two beefy henchmen pitching up at Lake’s place on a mysterious mission. We know they are up to no good because they wear dark glasses and sweat a lot. Overhearing a nosy reporter on the phone to his editor, the baddies arrange for him to be murdered in the airport phone booth by a “cleaner” armed with a mop and a massive knife!

Smelling a big story, the Ed encourages his sexy secretary to go undercover as a nurse working in Lake’s mad lab. She soon discovers that the man who holds the key is the mysterious Max Bauer (Bill Rogers), a VIP patient who is described as “very old, very arrogant and very clever” by his South American minders.

Max turns out to be none other than Adolf Hitler himself, seeking to disguise his appearance and make himself younger as a prelude to starting up the old world domination routine all over again. But Adolf is unaware that Lake’s mum was killed in a concentration camp, and that she has a particularly nasty fate in store for the most evil man on earth!

Badly shot, directed and acted, the film looks like it was edited with a meat cleaver, with psychedelic inserts spliced in at random. Many of the actors flub their lines, and Lake looks particularly miserable, as well she might, since it was hardly a memorable way to end her career – she died three years later of liver failure at the age of 51.

The movie does score some bad taste points for using real maggots (though rice was added for the “crowd scenes”). The climax, where Lake shouts an anti-Nazi diatribe as maggots eat Hitler’s face in close-up, is good for a laugh, but otherwise it’s boring and amateurish. “This whole thing is bizarre, crazy,” says a character at one point, and he’s not bloody kidding. 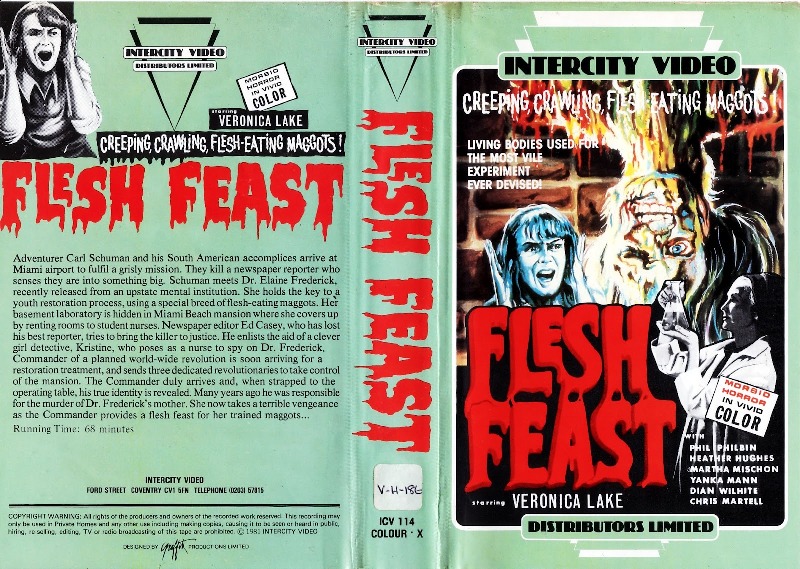