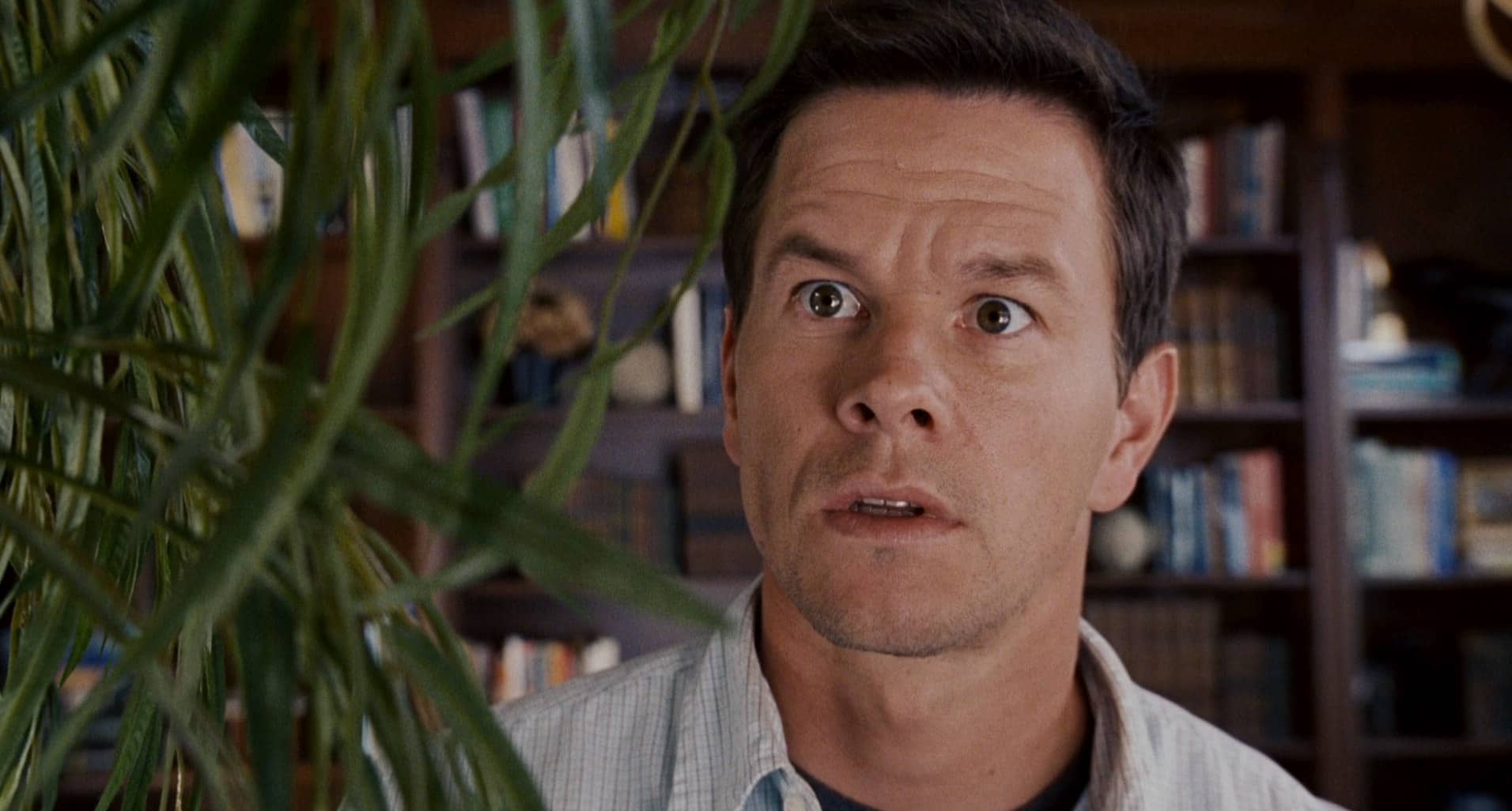 The Happening (2008)
One plant gives an amazing performanceThe movie is extremely quotableThis is about as fun as it gets for a movie about people killing themselves
Fresh off his Oscar nomination, Mark Wahlberg gives a truly bad performance
1.0Overall Score
Reader Rating 5 Votes Writer/director M. Night Shyamalan’s The Sixth Sense made so much money at the box office that it pretty much gave him a license to do anything he wanted. Sadly he abused that right and the results were a series of totally ridiculous movies, some moderately successful (Signs, The Village), others a complete waste of time (Unbreakable, Lady In The Water, After Earth). The Happening is probably his worst movie, a dire effort that tries to be scary but ends up making you laugh out loud at the amateurishness of the acting, dialogue and storyline.

It all starts off so intriguingly, too, with a creepy bit where a girl in a park suddenly plunges her hairpin into her jugular, and a macabre scene where workers on a building site plummet from the rooftop enmasse like lemmings.

It seems that the rural state of Philadelphia is in the grip of an epidemic of suicides, and the reason? Well, High School science teacher Mark Wahlberg is busy warning his class about the mysterious disappearance of a strain of bees. Could this have anything to do with it, or is M. Night just trying to justify making a movie as bad as The Swarm?

Thinking that the city is in the grip of a terrorist attack, Wahlberg and his wife (Zoey Deschanel) plus his best pal John Leguizamo set off out of the city into the Pennsylvania farmlands, only to discover that things are just as bad out there. “We have to stay ahead of the wind,” warns Mark. Good luck with that one.

It’s basically M. Night’s attempt at an ecological warning tale. Nature is fighting back and making people top themselves in odd ways. Of course these grisly scenes help provide some entertainment value, our favourite being the guy who lies down under an industrial lawn mower – his arse is literally grass!

Mark Wahlberg may have nabbed an Oscar nomination for The Departed, but his performance here is straight out of an Ed Wood movie. The dialogue is worthy of Ed too.

Example: “You know, hot dogs get a bad rep. They got a cool shape, they got protein. You like hot dogs, don’t you?”

Or how about: “Ain’t no time two people staring at each other, or standing still, loving both with their eyes are equal.”

The most hilarious moment comes when Wahlberg tries to reason with a plant and doesn’t get much change out of it. If the trees wouldn’t listen to Clint Eastwood what chance has the former frontman of the band Marky Mark and the Funky Bunch got of getting his message across?

The plant that Wahlberg talks to is plastic but still manages to give a marginally more believable performance here than Almost Famous star Zoey Deschanel. Her mediocre bickering scenes with our hero are enough to make you want to top yourself as well.

I can’t think of a more rubbish big budget horror film in the annals of Hollywood, but on the plus side it’s certainly the funniest movie about mass death you will ever see.