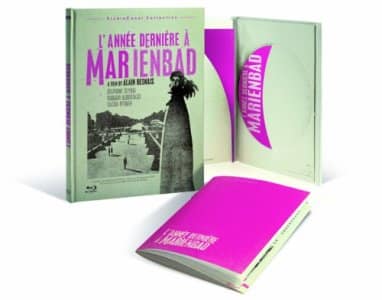 I have to admit that I’m not a great fan of arty movies. In fact you could say I don’t know my arthouse from my elbow. I know when a film is a load of old pseudo-intellectual claptrap though, and would certainly apply that description to Last Year In Marienbad. This ridiculous movie from French ‘New Wave’ director Alain Resnais is harder to figure than Chinese arithmetic – and considerably less interesting.

The highbrow critics loved it, and still do, but to my mind Marienbad is one of the most boring, pretentious pictures I’ve ever clapped my viewing glasses on, so repetitious, slow-moving and impossible-to-understand that it couldn’t have been worse if they had just left the lens cap on during filming. As for the plot, well I’ve seen better in a cemetery.

There’s this geezer named ‘X’ (Giorgio Albertazzi) who mumbles away to himself while taking a stroll through a cold-looking chateau spa.

“I walk on, once again, down these corridors, through these halls, these galleries, in this structure – of another century, this enormous, luxurious, baroque, lugubrious hotel – where corridors succeed endless corridors – silent deserted corridors overloaded with dim, cold ornamentation of woodwork stucco moldings, marble, black mirrors, dark paintings, columns, heavy hanging sculptured door frames…”

X rattles on in this vein for what seems like hours, leading one to believe he may be an estate agent with severe mental problems. But then he meets ‘A’ (Delphine Seyrig), who it seems he may have bumped into a year ago and had a brief affair with at same hotel.

Or maybe it wasn’t here that they had a shag, maybe it was in Marienbad? Maybe it wasn’t either. Maybe it was two other people who played the beast with two backs together. The French have been known for not being fussy. X still fancies making alphabet soup with the delectable Ms A though, and that’s really all the film is about.

The fly in the ointment is Sacha Piteoff, aka ‘M’, who has accompanied A to the chateau. Is he her husband, her lover, her chauffeur, her chiropodist? Will he give X a good punch on the nose? Will X realize he has bisexual tendencies and go off with M instead? Nothing much is really resolved at the end. Well, I say that, but I’ve never managed to stay awake to find out.

The three stars deliver their largely incoherent lines with all the urgency of Royal Mail second class post, and they do their best to look like wax museum figures while doing so. Seyrig spends a great deal of the movie standing motionless with her hands held rigidly at her sides and the blank expression of an Apprentice candidate.

Yes, Last Year At Marienbad is indeed a puzzle, but one where somebody has chucked the picture on the box away, along with all of the bloody corner pieces. Even the director had no idea what it was all about. In one interview he mused: “It’s possible the entire action of Marienbad takes place in one minute.” A shame he didn’t adhere to the 24 philosophy and let it play out in real time.

In the final analysis this is exactly the kind of truly irritating French film that they used to take the p!$$ out of so well in The Fast Show. Amazingly it was a box office hit and won the Golden Lion award at the 22nd Venice Film Festival, but if it were up to me I’d only award it a very loud raspberry. 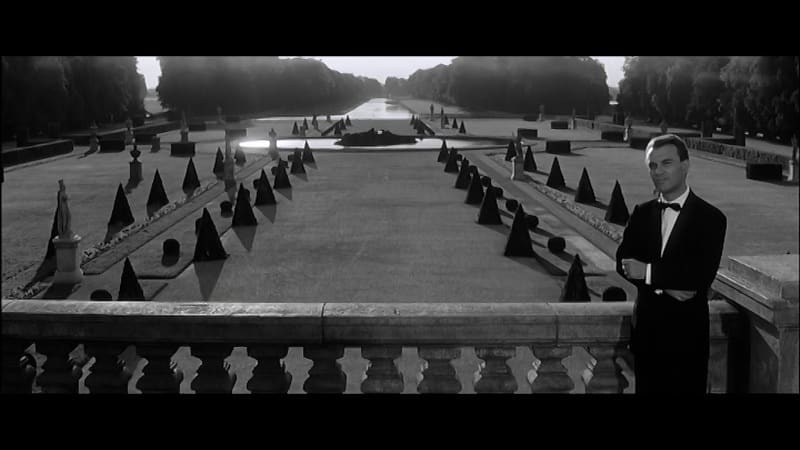