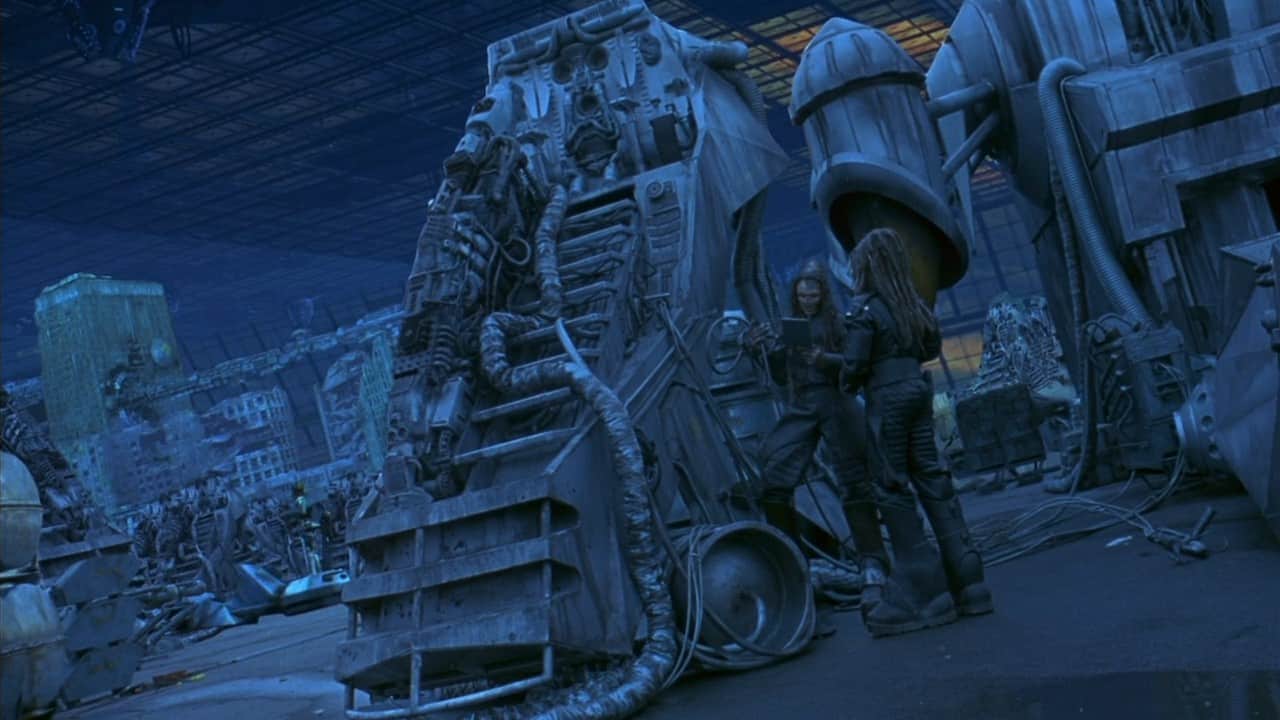 Battlefield Earth (2000)
Almost so bad it could be good, except not quite
0.0Overall Score
Reader Rating 7 Votes 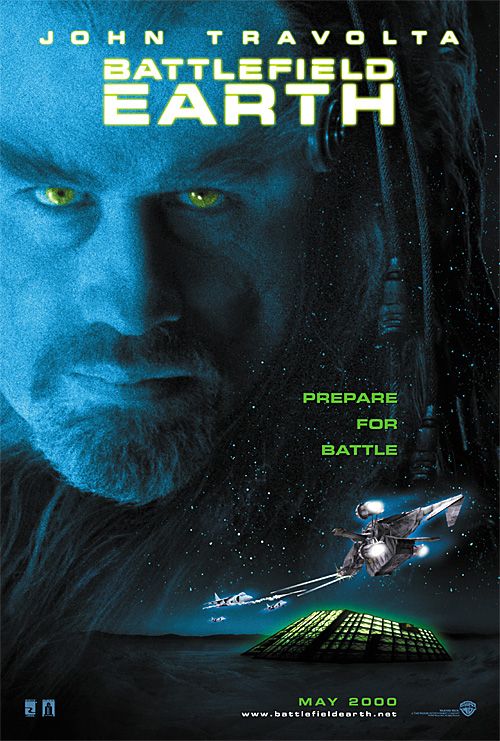 Scientology guru L. Ron Hubbard wrote the 1980 novel of Battlefield Earth, and Scientology disciple John Travolta was the driving force behind getting this megabudget vanity movie made of it. The result was so bad that it swept the board at the Razzies, taking home a record nine Golden Raspberry Awards, including one for Worst Picture and another for Travolta’s frankly ridiculous performance.

Close to $100 million was spent making and marketing the movie but it looks cheap and nasty right from the opening credits which utilise the same kind of green type you used to get on the old Amstrad computers. The future world depicted in the film is grubby and drab, and the overwhelmingly bombastic soundtrack ensures that the movie is as tough on your ears as it is your eyes!

As for the plot, well, that’s pretty hard to digest also. It’s the year 3000, and Earth has been conquered by an evil race called the Psychlos (brilliant name, eh?) who are in the process of stripping it of its resources. The remaining humans live a caveman-like existence, though some still try to fight against their oppressors.

One such rebel is the amusingly named Jonnie Goodboy Tyler (Barry Pepper – later the sniper in Saving Private Ryan), who manages to get his mitts on a Psychlo gadget that zaps him full of knowledge and enables him to turn the Psychlo technology against them.

Travolta was originally going to play the hero role but it took so long for him to get the movie made he ended up casting himself as the main baddie, a fat Psychlo called Terl, who is head of security and unbeknownst to his bosses is using humans to mine gold for him. There’s a hilarious line where Travolta (who sounds like Stewie on Family Guy) explains why he can’t be brought to book for his transgressions, saying that he has secret recordings which in the event of his death “would go straight to the home office!” Well you wouldn’t want Theresa May on your back, would you? 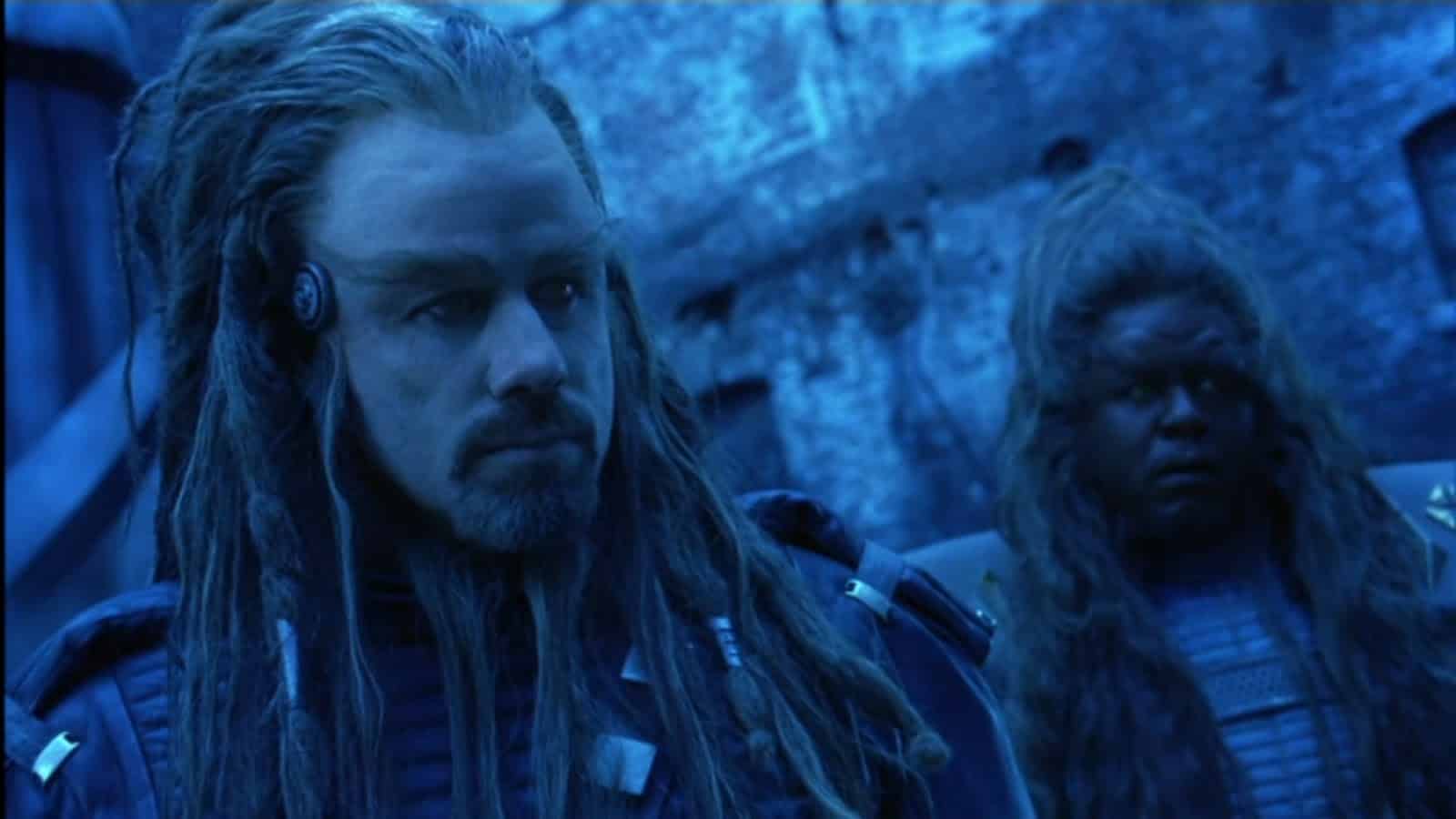 Travolta and his sidekick villain Forest Whitaker both wear under horrible makeup. Travolta sports long dreadlocks, a comical beard which he strokes in a villainous fashion, and has what seems to be long bogies coming out of his nose. Whitaker looks like a cross between The Next Generation’s Worf and a particularly mangy black-face version of The Cowardly Lion from The Wizard of Oz.

Travolta wore four foot stilts for his role and he should have gone the whole hog and used a clown face as well.
Anyway, Pepper is captured by Travolta and forced to help mine gold in an area where radioactivity is deadly for Psychlos. He hits upon the clever idea of breaking into Fort Knox instead and hands over loads of gold bars to Travolta, who doesn’t see anything odd in this at all.

It all culminates in a Star Wars-style space battle and the planet Psychlo being blown to atoms, Home Office and all. But the movie fails to generate even one second of genuine awe or excitement.

If Ed Wood had been handed $100 million to make a sci-fi movie it’s a safe bet it would have been a great deal more enjoyable than Battlefield Earth. The director they chose, Roger Christian, had form with the Star Wars crowd, filming second unit work on both Return of the Jedi and Star Wars Episode I: The Phantom Menace. Here he decided for some incomprehensible reason to shoot every sequence at a skewed “Dutch” angle – maybe because it worked for the old Batman TV series?

Mind you, keeping that image in focus or even lit properly doesn’t seem to have been much of a priority for him. Christian’s stupid choice of slow motion for action scenes sucks all of the excitement out of them, and his overuse of coloured filters has the unintentionally comic effect of making some scenes appear to have been shot in a 70s disco.

The end result is a complete disaster on every level, and you’d have to be brainwashed to enjoy it.