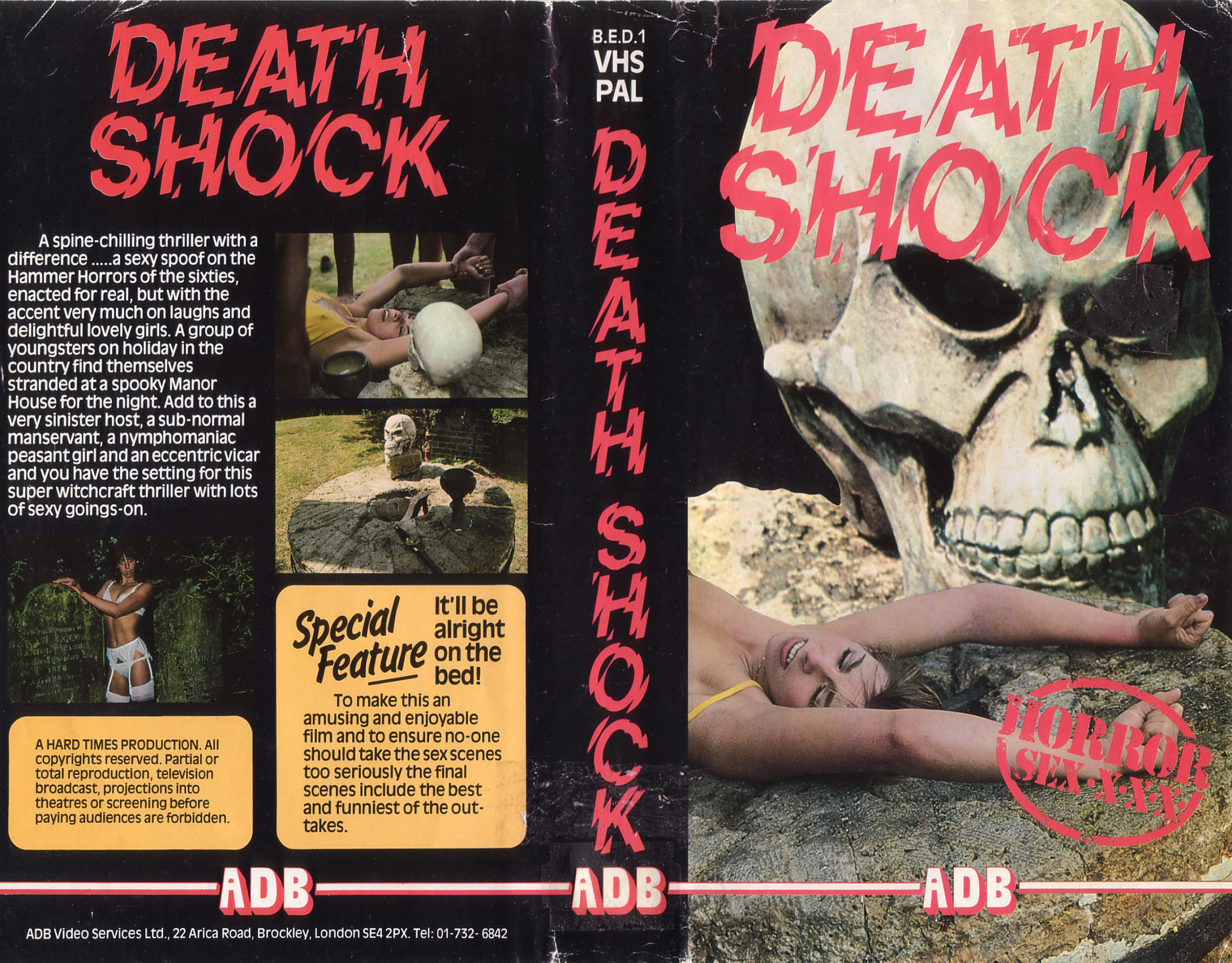 The movie opens with a pretty girl cycling down a remote country lane. Attracted by black magic-type chanting, she stumbles across a load of naked guys in a field. They chase her, strip her, and out comes a very big knife to join all the choppers on view. As it stabs downward we cut to a cheap title card, superimposed over a negative image of the victim screaming. Alfred Hitchcock eat your heart out… From that point on it quickly becomes apparent that the makers are more interested in the sex than the horror, and we’re into an extended sequence of three couples screwing in a field. Of course it’s all very well employing performers who can shag well and look great with their clothes off, but they tend not to be very good at acting, and these characters recite their lines like they are learning English as a second language. The dialogue is pretty excruciating anyway, and mostly on the intellectual level of this girlie anti-lesbian jibe: “At least I prefer a stiff pr!@k to t!t$ and p#$$y!”

Lindsay Honey told me, “Bill directed the whole thing. I worked only as his assistant. But he was so appalled by the way it turned out that he didn’t want his name on it, so he gave the credit to me instead.” Having no shame, Lindsay accepted!

Lindsay’s former wife Linzi Drew also turns up in this as a sexy maid with outrageous purple eyeshadow (“Do you like my boobies? You can touch them if you like…”). Listening to her speak in that broad Bristol accent you can understand why Ken Russell dubbed her single line in Salome’s Last Dance!

Fleeing to the cellar, the distraught girl discovers the master of the house conducting the ancient black magic ritual (seen in many a softcore romp) of anointing Linzi Drew’s boobs with a jumbo bottle of Johnson’s Baby Oil. It seems that the satanists (and the vicar is one of them, of course) need “a virgin of sixteen summers” to offer up as a sacrifice. Good luck with that. If they can find one in this cast, I’m Charlie Chan’s Number One Son.

The “twist” ending is enough to make you groan almost as loudly as the performers in the sex scenes, and an end title credit says: Don’t Miss Death Shock II – Coming Soon! We’ll pass, thank you. The budget was £5,000, and it’s not up there on the screen.