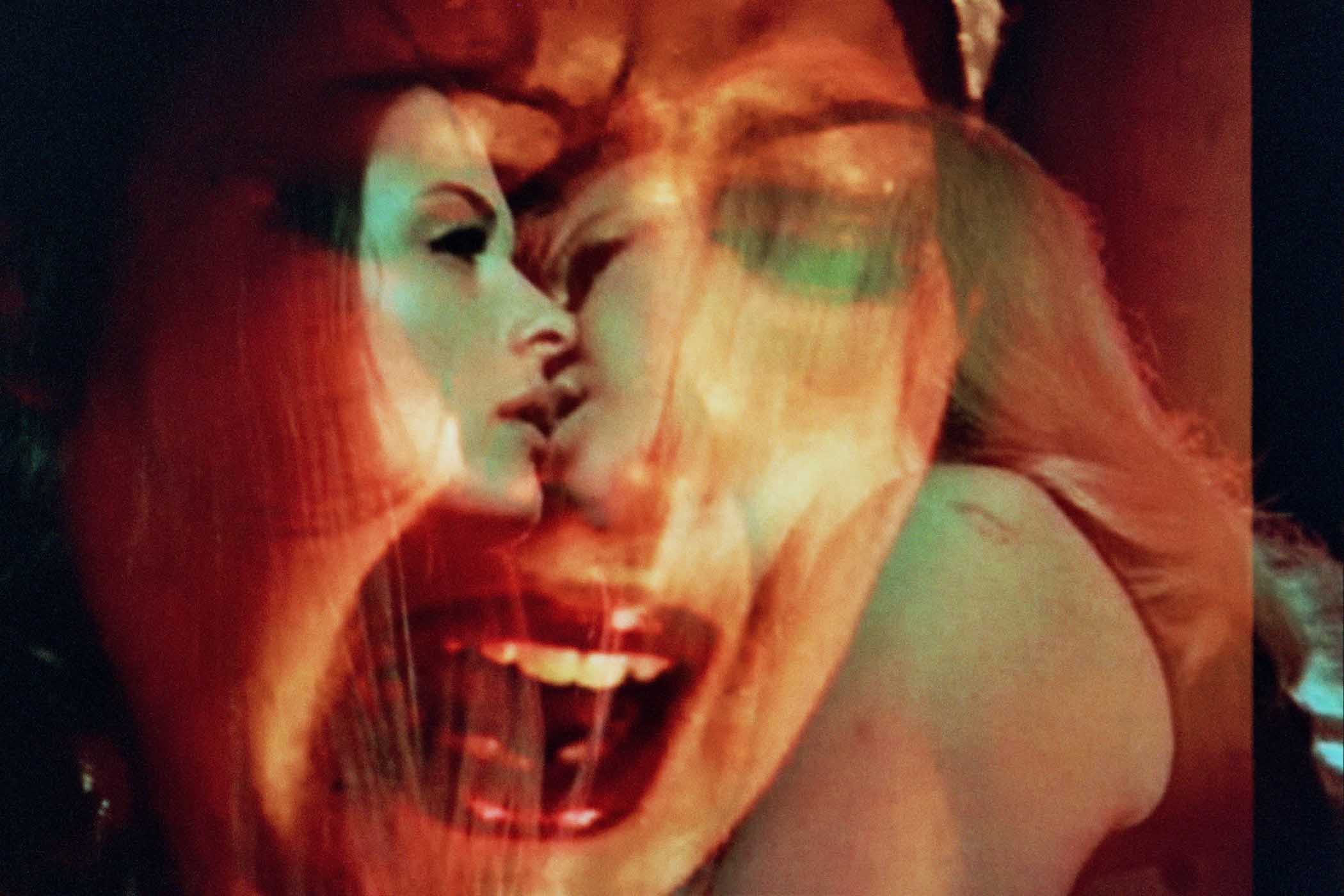 Ted V. Mikels may make lousy movies, but let’s give him his due, at least he usually manages to come up with great titles for them. This, after all, is the man who directed and wrote The Corpse Grinders and The Astro-Zombies, and produced The Worm Eaters and The Undertaker And His Pals! Could you pass by a cinema showing any of these? 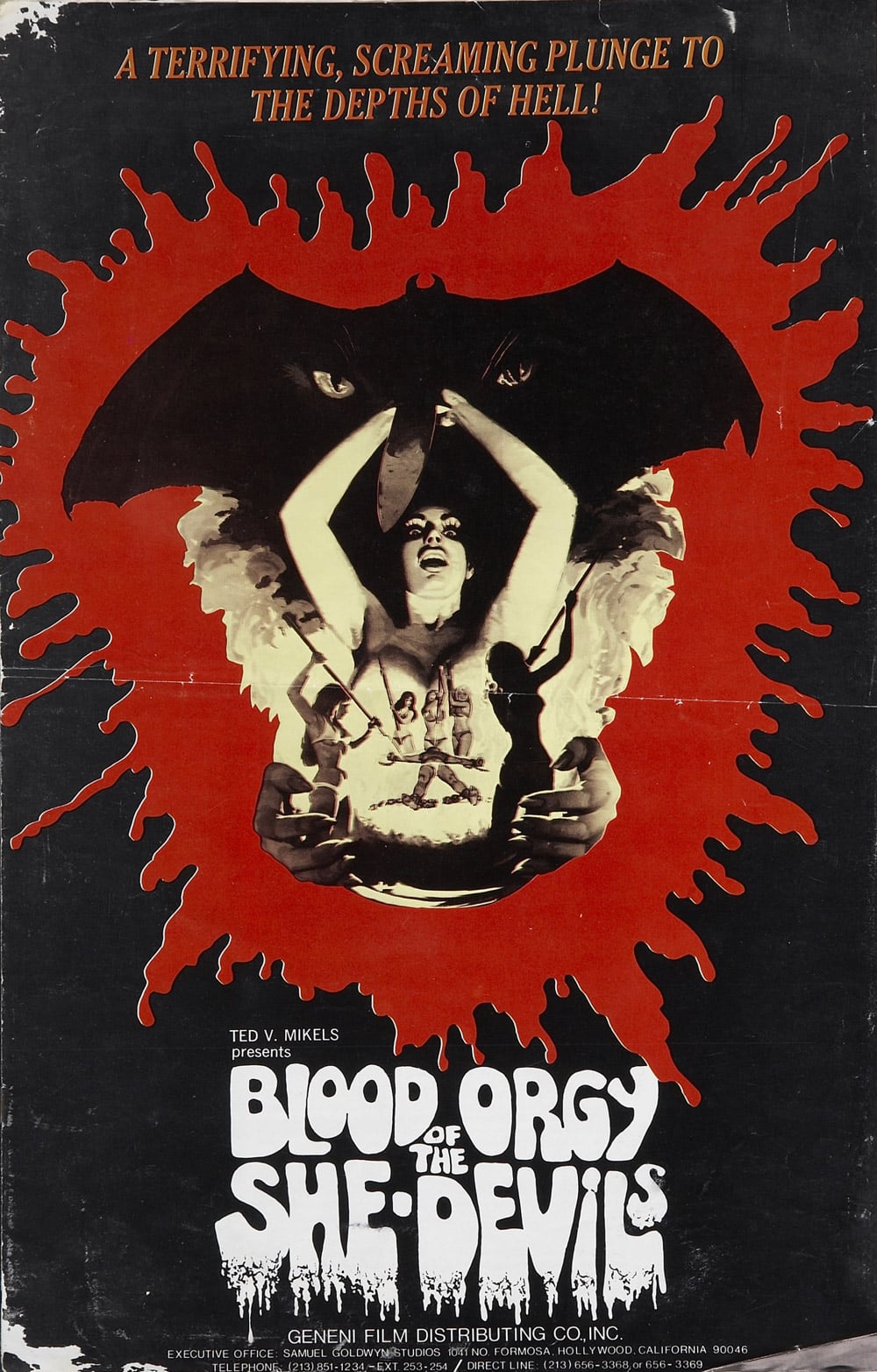 One of these séances is attended by young lovers Lorraine (Leslie McRae) and Mark (Tom Pace). They are suitably impressed by Mara’s strange ability to talk nonsense like a native, and report their findings back to Mark’s theology teacher, Professor Helsford (Victor Izay), who happens to be an expert in the occult.

Helsford warns them not to get too involved, explaining the difference between black and white magic. Basically, white magic is practiced by decent, law-abiding blokes and it’s quite kosher, while black magic is the domain of sexy go-go dancer-type women who want to control guys for their own evil ends. So now you know.

You see, when Mara’s not busy holding séances, she helps pay the rent by using her magical powers as a supernatural hit lady. A sleazy-looking gangster hires her to bump off a United Nations ambassador, but after the deed is done he reneges on the deal and has Mara killed as well, or so it seems.

In fact she returns from the grave, reincarnated first as a cat, then as herself, and uses her formidable voodoo powers to bump off the double-crossing crim and his equally unsavoury associates.

It has to be said that even by Ted’s standards this is bottom of the barrel rubbish. Though it clocks in at a mere 73 minutes, the movie seems to last several lifetimes. It’s all talk, talk, talk, with the boring bearded Helsford holding forth at length over drinks and games of chess. When he launches into one of his stories we get into some choppy, unconvincing flashbacks to the barbaric witch hunts of old, with one accused witch being tortured with long needles and then burned alive while her child is whipped before her eyes.

Eventually the innocent Lorraine falls victim to Mara’s spells and becomes part of the She Devil cult, at which point Professor Helsford rouses himself from his lethargy and gets round to the witch’s place with a few of his colleagues to dole out a full-blown exorcism. A few well-chosen words and a shake of a crucifix cause the coven members to kill each other off. Mara attempts to escape by changing into a bat, but Helsford and his boys capture and burn her, bringing the very tame blood orgy to a close and restoring the status quo. Unfortunately, Lorraine dies in the process, but you can’t make an omelette without breaking a few eggs, right?

In this case, the yolk’s on the viewer…