Need For Speed (2014)
Struggling to think of one here...
Boring... and 130 minutes of boringAaron Paul is out of place
1.0Makes the Furious series look like a masterwork
Reader Rating 3 Votes 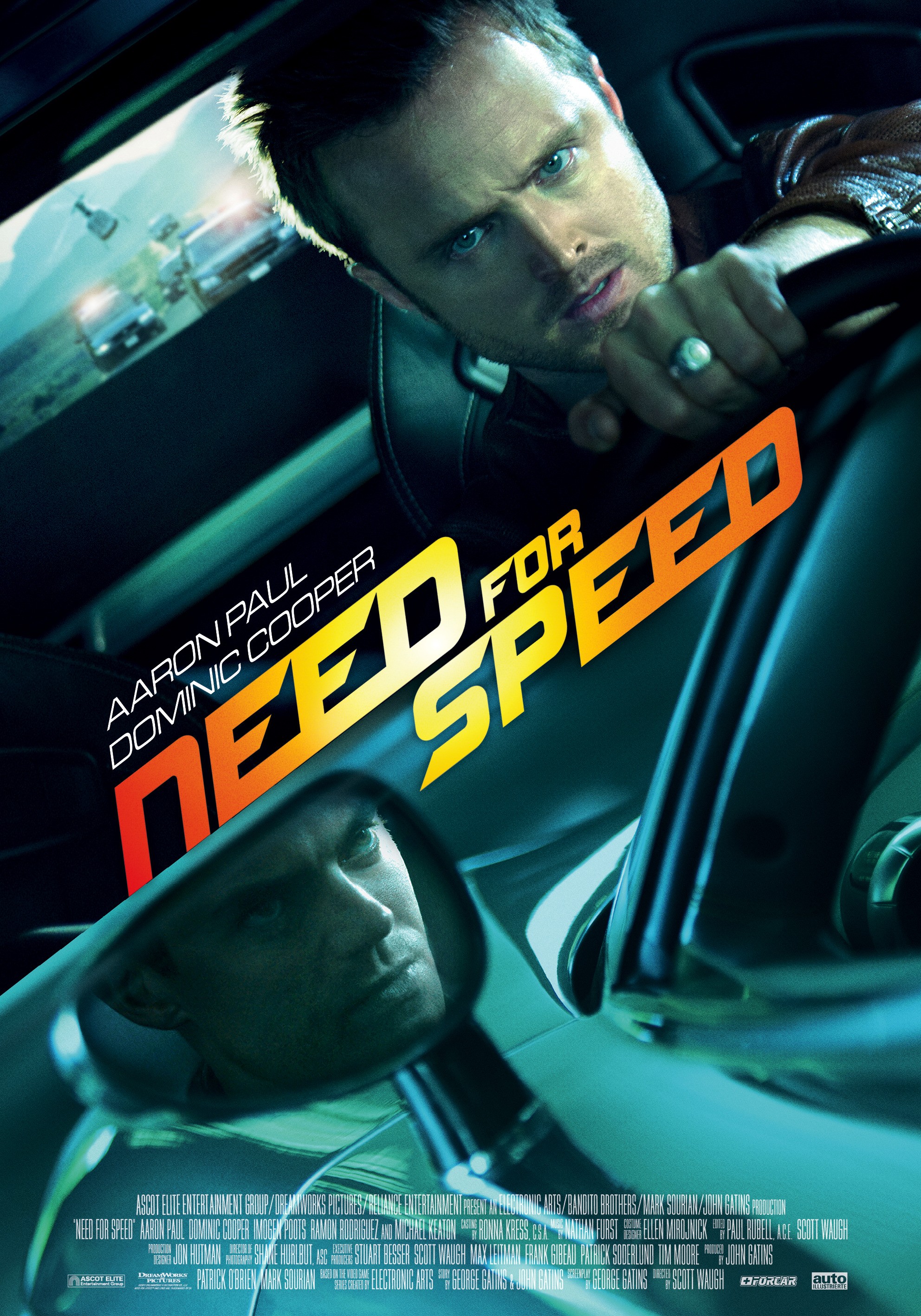 Once you’ve seen the trailer for Need For Speed you’ve no need to bother watching the movie itself, because the promo contains the film’s best automobile carnage and also spells out the full storyline, which can be summed up as: Aaron Paul from Breaking Bad gets revenge on a bloke who screwed him over and wrecks lots of expensive motors in the process.

Need For Speed is just as ridiculous but not nearly as much fun (or as homoerotic) as the Fast and Furious series, the last one of which had muscle cars racing through London at 150 plus miles and hour and not meeting a single red light or setting off any speed cameras.

The movie is also morally misguided, inviting us to champion a character who drives like a maniac on public roads just because he once sold very high quality blue crystal meth.

It’s adapted from an Electronic Arts video game, which of course sounds a warning bell from the start, because as boys of all ages know, movies drawn from computer games rarely beat the experience of fiddling with your joystick for a couple of hours.

Aaron Paul is Tobey Marshall, a top mechanic by day and fearless underground racer by night. Having inherited a garage and a vanload of debts from his dad, he jumps at the chance of restoring a legendary customised Ford Mustang for $250 million – even though the job comes courtesy of old rival Dino (Dominic Cooper), a chap whose eyes are way too close together for our liking. 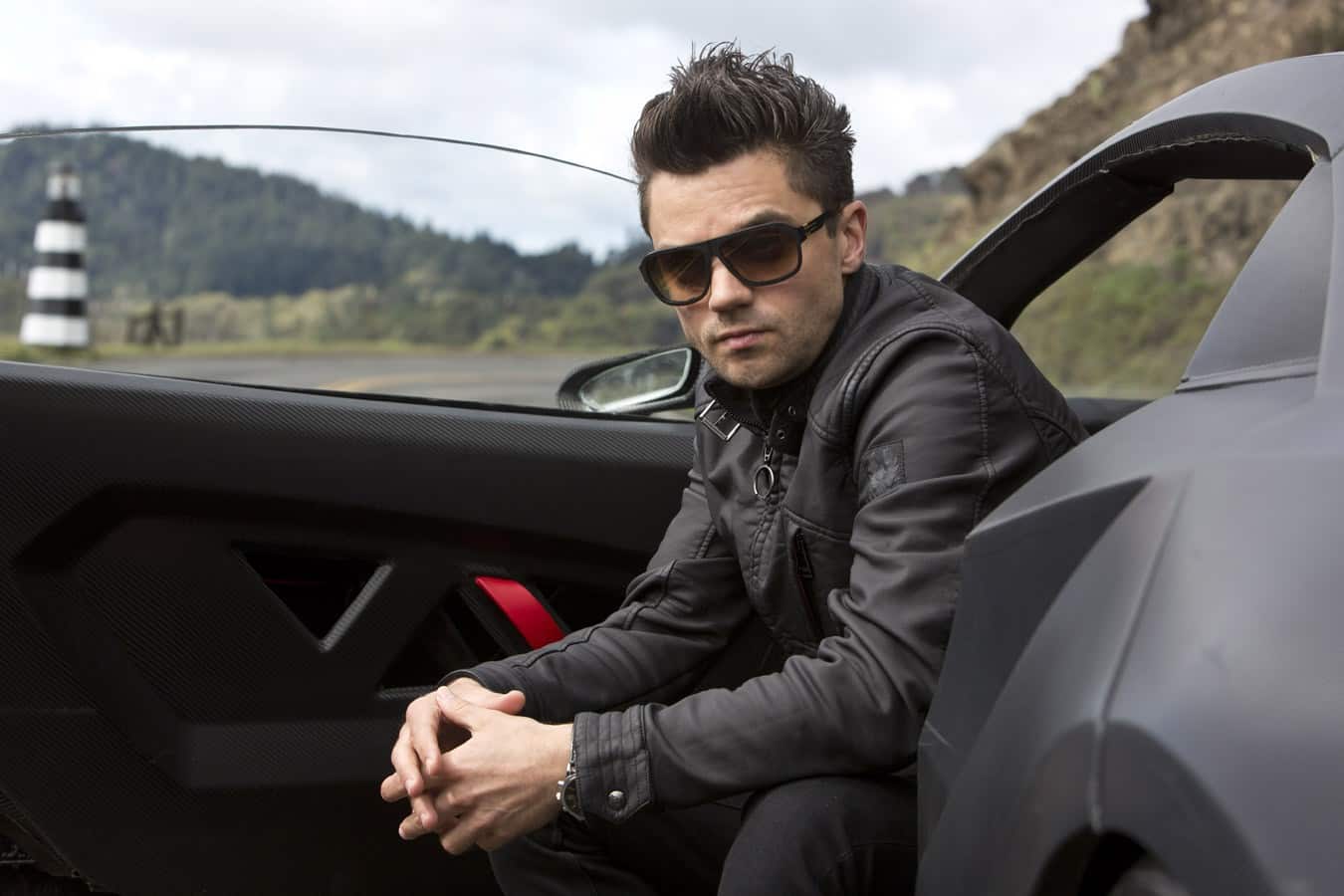 After the sale, Cooper twirls his imaginary moustache and offers Tobey a wager: If he can beat him in an impromptu road race then he gets double bubble. If not he gets sweet Fanny Adams (US road racer term). During the ensuing challenge Tobey’s best pal Little Pete (Harrison Gilbertson) meets an explosive end, and Cooper leaves Tobey to take the rap.

Two years later Tobey gets out of the slammer with revenge in mind, and an ideal way to achieve this is by beating Dino in an illegal, high-stakes San Francisco street race organised and run by the mysterious Monarch (Michael Keaton).

Tobey’s A-team of geeky mechanics, Rami Malek and Ramon Rodriguez soup up a sexy Shelby Mustang, but the car’s British owners will only agree to let our hero drive it if he takes their agent, Julia (Imogen Poots), along for the trip.
She therefore becomes Sally Field to Paul’s Burt Reynolds as they do a Cannonball Run across country from New York to San Francisco, breaking the sound barrier to get to the race on time.

In one of the movie’s most ridiculous scenes, Poots climbs out of the car window to fill the petrol tank at 100 mph!

Paul was great in Breaking Bad, but Charlie Bronson he ain’t and he’s way out of his comfort zone here, glowering and looking miserable most of the time. Luckily Michael Keaton is on hand to deliver the film’s worst performance, hamming it up at full bore and delivering tons of completely ludicrous expository dialogue as a crackpot reinvention of the blind black DJ who commented on the action in the much better 70s car chase flick, Vanishing Point.

Having the characters watch the car chase from Bullitt in one scene wasn’t a smart move, because it just helps to point up the lack of flair and creativity in the extensive auto carnage here – and unlike Bullitt the destruction left in its wake is miraculously consequence free.

If you enjoy watching lots of lovely shiny expensive cars get wrecked and don’t care that Need For Speed has nothing under the hood in the way of a decent storyline, smart dialogue or interesting characters, then by all means knock yourself out.

But in the end there’s no real feeling of danger here, nor any doubt of how this ho-hum storyline will play out. As action movies go, Need For Speed never gets out of second gear, and clocking in at a bum-numbing 130 minutes it could safely have been re-titled Need For Judicious Editing.