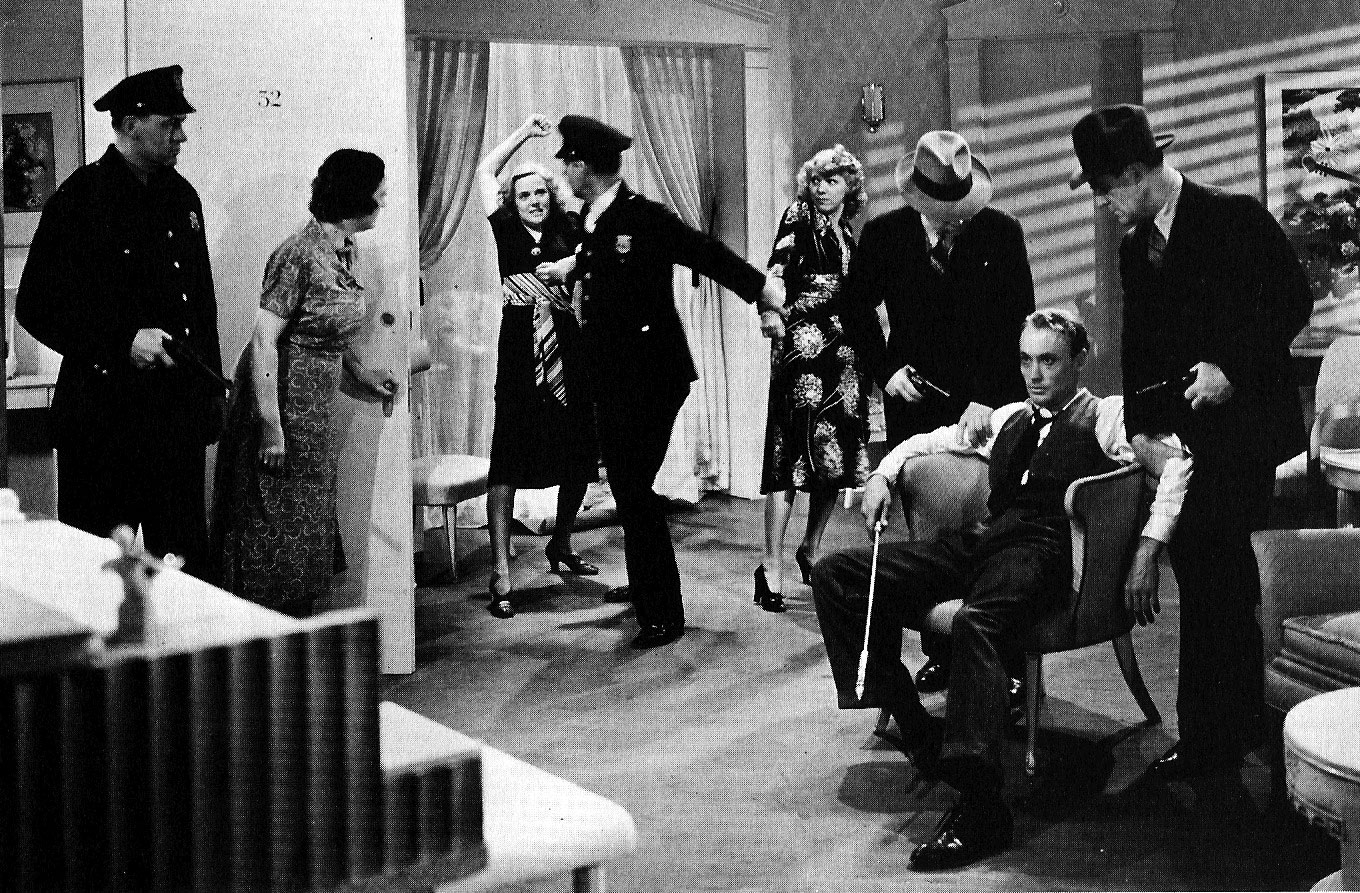 If ever there was a bad movie with a good message it’s Reefer Madness, an insane propaganda pic made to demonstrate the evils of puffing on a joint – even for purely medicinal purposes.

Aka Tell Your Children, it sets out his stall in the opening credits with the following sombre announcement:

“The motion picture you are about to witness may startle you. It would not have been possible, otherwise, to sufficiently emphasise the frightful toll of the new drug menace, which is destroying the youth of America in alarmingly increasing numbers.
Marihuana is that drug – a violent narcotic – an unspeakable scourge – The Real Public Enemy Number One! Its first effect is sudden, violent, uncontrollable laughter; then come dangerous hallucinations – space expands – time slows down, almost stands still ….fixed ideas come next, conjuring up monstrous extravagances – followed by emotional disturbances, the total inability to direct thoughts, the loss of all power to resist physical emotions… leading finally to acts of shocking violence… ending often in incurable insanity.”

Bloody Nora, I’m definitely just going to say no from now on.

Director Gasnier was best known for making the famous Perils of Pauline silent movie serials, but the real prime mover behind Reefer Madness was its producer, Dwayne Esper, one of the most notorious figures in the early exploitation industry.
Known as “King of the Gypsies,” he started out as a carnival sideshow huckster, exhibiting the mummified bodies of dead outlaws before he acquired his own film lab and studio from a debtor who defaulted on a loan.

Tapping into Depression-era America’s appetite for sinful pleasures, Esper’s technically crude and remarkably sleazy movies included “instructional” films such as “How To Undress In Front of Your Husband (1937), showing inexperienced ladies, “the lovely little tricks that every girl practices on her first sweetheart.” This was followed the same year with useful hints on “How To Take a Bath.”

Esper bought the rights to Reefer Madness and recut it to add extra salaciousness before sending it out in the exploitation circuit. Nowadays it is regarded as his magnum opus!

The movie begins with high school principal Josef Forte lecturing parents on the evils of weed, telling them it is more deadly than opium, morphine and heroin combined!

To illustrate that fact he recounts the tragic “true” story of some “youngsters’ (who look about 30) from his own school: Mary (Dorothy Short) and Bill (Kenneth Craig), who both paid a high price for becoming entangled with evil dope dealers.

It all kicks off when Bill and Mary, and Mary’s brother Jimmy (Warren McCollum) are invited to a party at the home of some shifty-eyed characters who encourage the boys to partake of spliffs.

Now pay attention to this part, kiddies. Apparently, canny drug dealers never ask for any money for their product because their subversive ambition is to bring down society by turning everyone into potheads.

Smoking the killer weed has the immediate effect of making you dance uncontrollably to jazz music, giggle in an insane fashion and indulge in wild promiscuous behaviour –all just after one puff. After a whole joint you’re probably eligible to join the cast of One Flew Over The Cuckoo’s Nest.

A pianist in a local café is obviously a full-time addict and he doesn’t so much tickle the ivories as bash them into submission, laughing like a madman all the time.

Anyway, Jimmy and Craig are immediately hooked, with dire results for them both. Laughing and giggling uncontrollably while feeling extremely randy might be okay while playing the piano, but it’s not a good combination at the wheel of a car, and Jimmy ends up in jug after mowing down a pedestrian.

Bill on the other hand just goes bonkers and ends up on trial accused of murder. His performance has been so deranged from the start that the psychiatrists who evaluate him have a tough task on their hands.

Poor old Dorothy gets the worst deal of them all. Visiting a dealer’s apartment in search of her boyfriend, she enjoys her first taste of Mary Jane and is promptly raped and killed.

It all ends with Forte giving a grave courtroom assessment of Craig’s wavering mental state: “In the middle of a perfectly serious discussion on Romeo And Juliet he suddenly broke into an hysterical fit of laughter.” He also states that Craig missed the ball by a good 3-4 feet during a tennis match. Case closed I think.

So there you have it. The movie may be awful but it’s certainly well worth seeing for its camp value, ridiculously overt propaganda and deliciously maniacal acting. Whether this particular Cannabis Holocaust ever stopped anyone from smoking the wacky baccy is doubtful, but it certainly turned out to be a greater entertainment success than its makers ever dreamed!