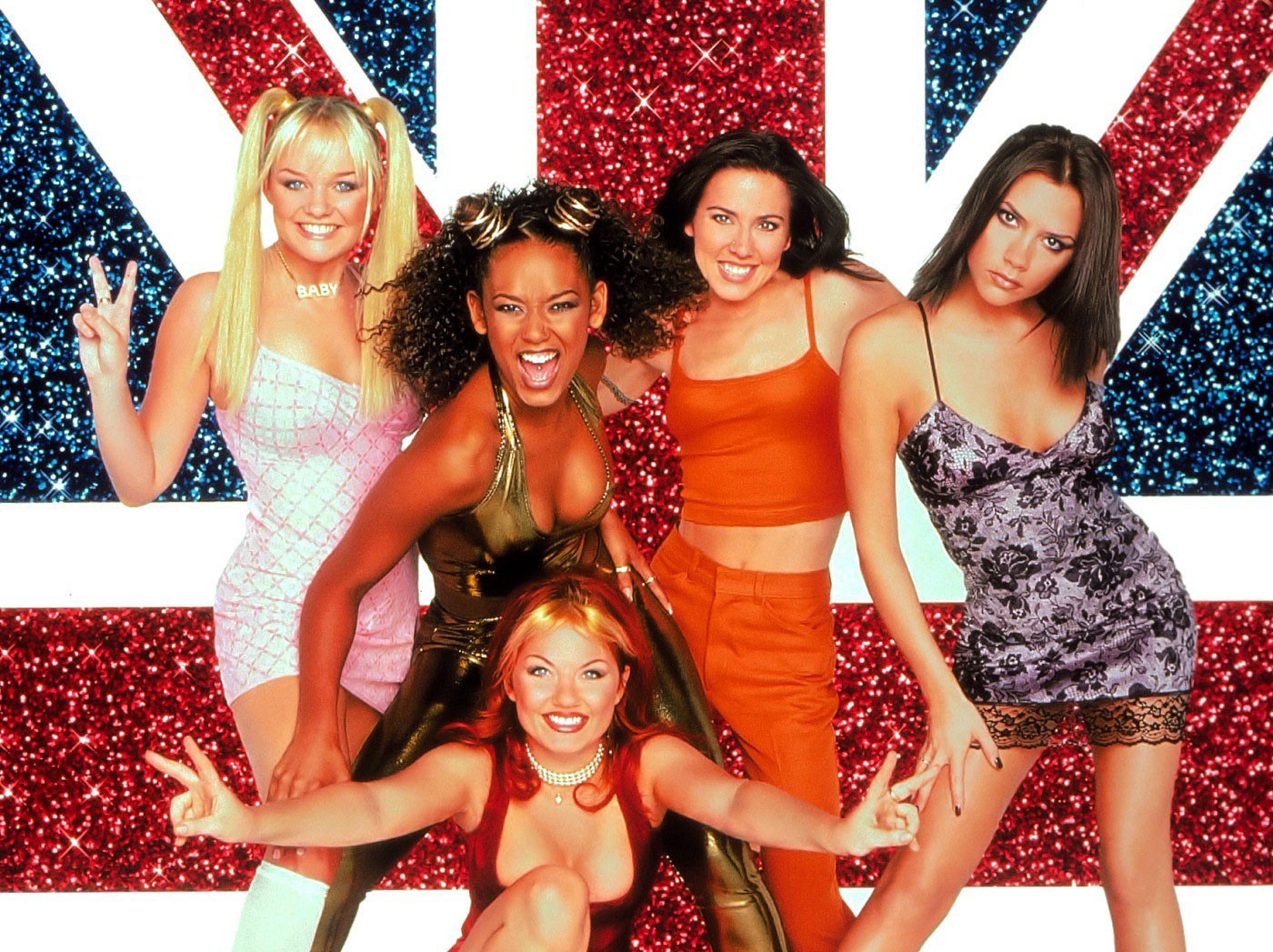 My two daughters were just the right teenybopper age to be obsessed with the Spice Girls in the 90s, and I’ll tell you what I didn’t want, what I really, really didn’t want to happen at the time. I really didn’t want the Spices to make a bad movie that I would have to take my girls to the cinema to see, and have to buy on DVD too.

Of course this is precisely what happened. The resultant movie turned out to be as good as the Spice Girls’ music itself, so my worst fears were confirmed. Okay, so there are have been some very good films based around pop bands, notably A Hard Day’s Night and Help!, but you’d have to have a major case of tin ear to lump the Spices’ music in the same category. The only Beatles film Spice World bears any kind of comparison to is Paul McCartney’s abysmal vanity project, Give My Regards To Broad Street!

The Beatles were also great individual talents, which is sadly not true of the Spice Girls, who adopted stupid nicknames to help people tell them apart. Funnily enough I can still name all the actors who played The Magnificent Seven off the top of my head, but I had to look online to confirm the Spice line-up of Baby (Emma Bunton) Ginger (Geri Halliwell), Scary (Mel B), Sporty (Mel C) and Posh Misery (Victoria Adams).

If the movie was meant to showcase their true characters then they must all be inane twerps, because that’s how they come across, and apart from giving terrible performances they can’t even lip-synch their own songs with any degree of credibility.

Just like A Hard Day’s Night, the movie concerns a hectic day in the life of the band as they struggle to deal with overnight success. In this case they travel around London in a luxurious red double-decker bus painted like a Union Jack that manages to pass every well-known London landmark. If nothing else, this aspect of the movie makes one yearn for the simple pleasures of Cliff Richard’s Summer Holiday.

What passes for a plot in between mindless musical numbers has the band preparing for a big concert at London’s Albert Hall while having to deal with the efforts of sinister newspaper owner Kevin McMaxford (Barry Humphries) to dig up some dirt on the girls and ruin their reputation, helping him sell more newspapers. He obviously doesn’t know about those nude shots that Geri did at the start of her career. Among the many other stars and celebrities who turn up in pointless cameos are the likes of Richard Briers, Elton John, Meat Loaf, Bob Hoskins, Elvis Costello, Jools Holland. Michael Barrymore, Hugh Laurie and Stephen Fry. What can they have been thinking? The slapdash storyline also mixes in two overeager Hollywood writers who relentlessly pitch absurd plot ideas for the girls’ feature debut, though none are as stupid as the one they actually went with.

At one point we get a flashback scene where the girls recall their humble beginnings playing their music at an abandoned pub and hoping to be discovered. Of course we all know that’s not how it was for them – they were a totally manufactured band, put together by canny Pop Idol entrepreneur Simon Fuller. One of the most ludicrous scenes is a slapdash sketch involving the girls stumbling across a giant spaceship, which disgorges some of the most pathetic aliens ever – who then ask for tickets to their concert. The special effects for this are remarkably poor, but even worse are the tacky models straight out of a Corn Flakes box used when Posh Spice stages a most unlikely bus jump across a dinky plastic Tower Bridge so the girls can get to their concert in time.

Amazingly enough the film was a massive commercial hit, generating over $100 million worldwide when DVD sales were added. Only the staunchest of Spice Girls fans would want to sit through it these days though. When I suggested to my daughters that they might want to watch it again with me for this review, one pulled a face and the other put her fingers down their throat in a sick-making gesture. If only they had been that perceptive back in 1998!