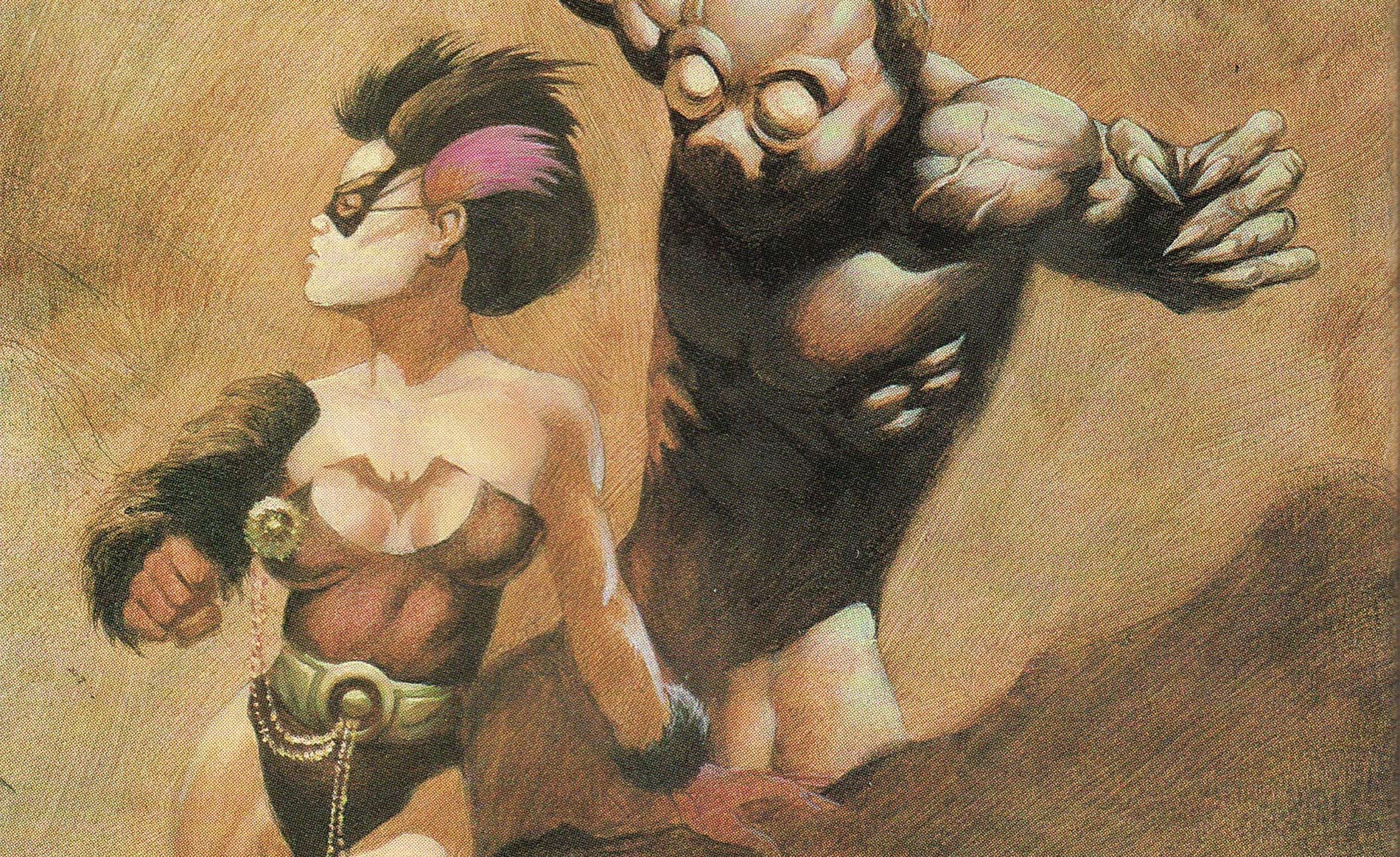 Title:  The Wild World Of Batwoman (1966)
Directed by:  Jerry Warren
Starring:  Katherine Victor, George Andre, Steve Brodie, Richard Banks, Lloyd Nelson, Bruno VeSota
Easily one of the most ridiculous and incomprehensible films you will ever see, it’s no surprise that The Wild World of Batwoman was so eagerly embraced by the Mystery Science Theatre crew. “This movie is like they put a bunch of movies in a blender and hit the switch” was their verdict, and it’s an accurate one. It’s also actually a fairly typical representation of the work of its director, legendary American schlock merchant Jerry Warren.

Warren was active throughout the 50s and 60s and specialised in buying up low-budget foreign horror movies – usually from Mexico – on the cheap. He then chopped them to pieces and added new footage of down-on-their-luck US actors such as John Carradine and Robert Clarke. His woeful attempts at adding narration to smooth over the gaps usually made them even more incomprehensible.

‘Batwoman’ is played in played by Katherine Victor, aka Katena Ktenavea, an imperious-looking lady with no discernible acting ability who moonlighted in poverty row productions as a bit of light relief from her day job working in animation for companies like Hanna-Barbera and Walt Disney! By the time she made this movie, Katherine was over forty and looking it, and cramming her into a tight-fitting leotard was a batty decision indeed. To add to the hilarity, her character has a crazy face mask, a bat tattooed on her cleavage and wild hair that looks like either she stuck her finger in an electric plug, or a skunk just crawled on her head and expired. It’s a look that even Cher would run a mile from.

There’s no Batcave for this Batwoman, because the budget would only stretch to a normal modest suburban home, where our heroine spends most of her time sitting around looking bored, or chatting on the phone while playing den mother to her ‘Batgirls,’ who get up to more energetic pursuits, such as wrestling. At one point they are slipped some happy pills – probably from Jerry’s personal stash – that causes them to hit the dance floor and gyrate to wild swinging guitar music in a fashion that we’ve never seen before, and frankly never want to see again.

Put aside all normal rules of narrative because this movie will have you shaking your head in bewilderment right from scene one. This shows a guy being stabbed in an alley but bears no relation to the silliness that follows and seems to be from another film altogether. Maybe it is? Anyway, as far as we can ascertain, Victor is a female vampire who is blackmailed by an evil scientist (who sounds like Apu on The Simpsons) into stealing an atomic hearing aid! Helping Apu out is a character called Rat Fink, who looks like he’s stepped out of an El Santo Mexican wrestling picture and is so pathetic that one of the Batgirls stifles a yawn when he threatens her. His menace value doesn’t exactly double when he clones himself at the end! Mix in some cheeky stock footage swiped from Universal’s The Mole People, and a spectacularly racist séance scene in which the Batwoman channels the spirit of an Oriental man in a style better suited to Benny Hill, and you have one awesomely bad movie.

It seems that The Wild World of Batwoman was cobbled together by opportunistic Jerry Warren on a slow weekend to capitalise on the popularity of the Batman TV show. Of course as soon as he announced the film’s release in the trade papers, DC Comics promptly sued him over the name, forcing him to initially release it as She Was A Hippy Vampire.

Who cares, really. The fact remains that under any title, it’s a stinker.