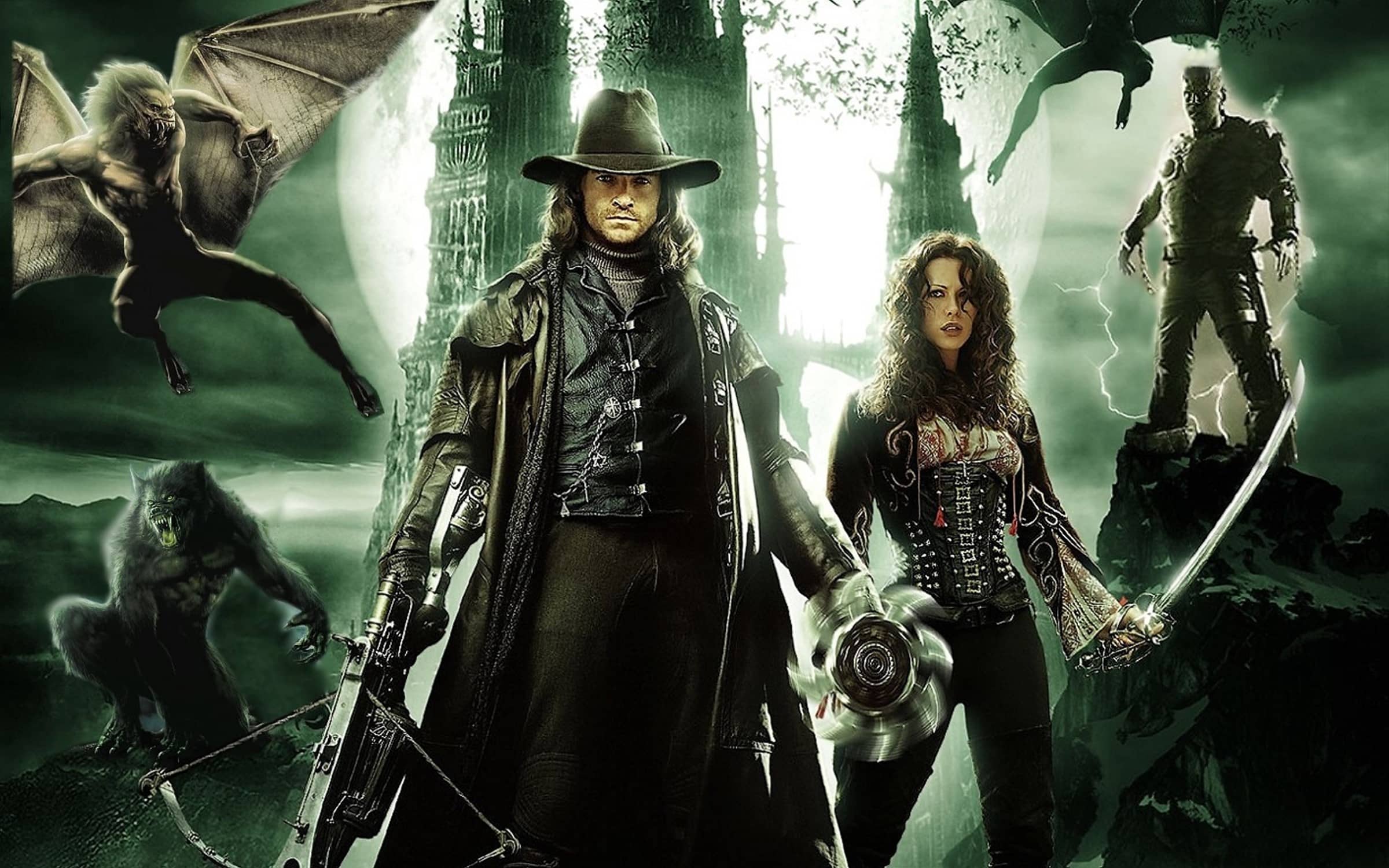 Sequels and franchises, whether we like it or not, are an essential part of the Hollywood machine; they have been ever since 1916, when director Thomas Dixon unleashed The Fall of a Nation, a follow-up to his seminal silent The Birth of a Nation. A shared cinematic universe is also nothing new, despite Marvel and Tolkien adaptations bringing them increasingly to our attention. The first – and in many opinions, finest – communal chronicles were launched in the early 1930s, compliments of Universal’s classic monster movies.

Horror fans of any vintage go misty-eyed at any mention of James Whale’s brace of Frankenflicks, Tod Browning’s trip to Transylvania or George Waggner’s full moon fever, and each of these launched multiple follow-ups, keeping the likes of Lon Chaney, Boris Karloff, Bela Lugosi and Glenn Strange in gainful employment for many years. It was the Monster Rally flicks that united all these beloved beasties, such as 1943’s Frankenstein Meets the Wolf Man and 1944’s House of Frankenstein, that really put them on the map, however; these sequels may not have been ground-breaking genre landmarks like the originals that spawned them, but lordy were they a lot of fun.

The raft of reboots produced by Hammer Studios throughout the 1950s and 1960s provided plenty of thrills and spills but kept the paranormal protagonists apart, while Stephen Sommers breathed new life into the genre with his take on The Mummy in 1999. Cards on the table time; this scribe thought The Mummy was great. Packed with action, lovable heroes, a suitably spooky but sympathetic adversary and a jet-propelled script, it was the perfect way to bring the classic gallery of monsters back to their rightful place at the top of the terror tree in a post-slasher age, where screen chills seemed destined to carry a PG-13 certificate. The sequel (The Mummy Returns) was a CGI-saturated misstep, but that didn’t deter excitement about Sommers next project as Van Helsing looked like catnip on paper for fans of fright-fused fantasy. Hugh Jackman battling Dracula, The Wolf Man and Frankenstein’s Monster in some kind of festival of Fiends Reunited? It would surely be glorious!

Instead of the ultimate supernatural smackdown it promised, Van Helsing is a messy, tiresome slog that acts as a precautionary tale for filmmakers everywhere. Sommers throws effects at the screen with all the restraint of a toddler that discovered a secret stash of haribo, and the migraine-inducing result feels like a bad acid trip through the mind of Uwe Boll.

Despite this, probably the worst thing about Van Helsing is that contains moments of genuine greatness. The opening sequence is everything that classic horror nuts hoped and dreamed it would be, gloriously large-scale monochrome mayhem featuring Victor Frankenstein, his Creature, Rrrrrichard Rrrrroxburgh having a lovely time rrrrrolling his r’s as a hugely arch Dracula, Kevin O’Connor bringing sleazy life to Igor, and more panicked pitchfork-waving villager extras than a UKIP convention. It’s a Universal monster movie on a millennial budget, and it’s beautiful. Unfortunately that’s pretty much as good as it gets. 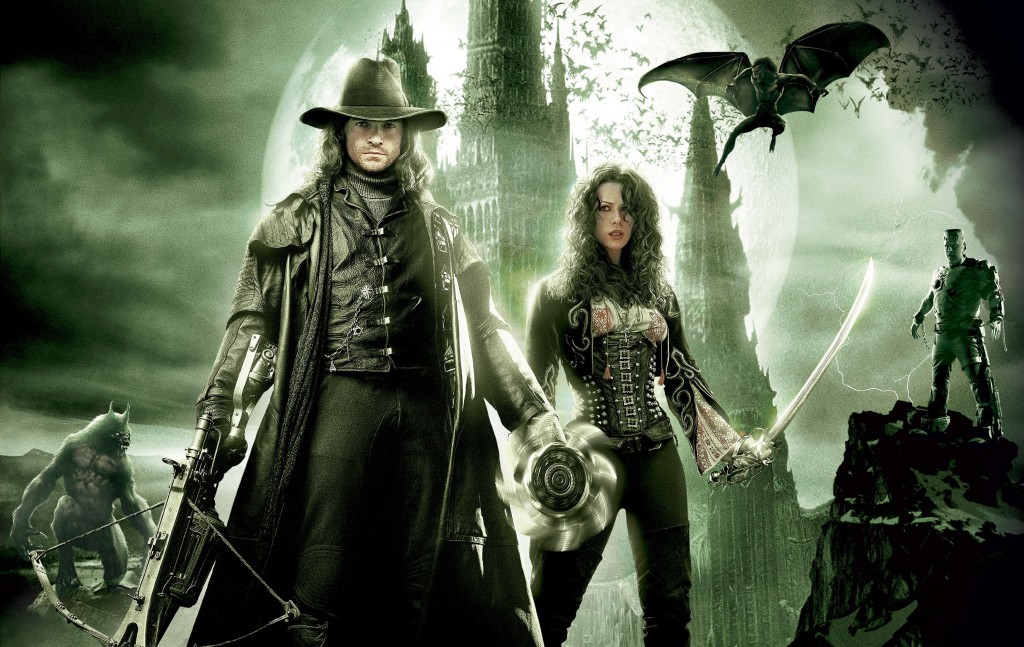 From the moment we meet Jackman’s take on Gabriel van Helsing – a descendent of the legendary vampire slayer made famous by Edward van Sloan and Peter Cushing – it becomes pretty clear that the jig is up. Full credit to Sommers for embodying his titular monster slayer with shades of moral grey as opposed to outright heroism, but his opening battle with Robbie Coltrane’s Edward Hyde is so overstuffed with needless CGI that it feels like sub-standard cut-scene from a Castlevania video game. That’s a theme that endures throughout the movie – for every pulse-pounding and enjoyable action set piece, such as the death from above wrought upon Transylvania by Dracula’s glamorous brides, there’s a tiresome batch of pixels chasing each other around the increasingly crowded screen. Michael Bay doesn’t make monster movies, but if he did…

Ordinarily the charisma of Hugh Jackman in the lead role would be enough to make up for this, but Van Helsing has to rank as one of the weakest showings of his career. The antipodean action man’s delivery is bizarrely stiff and stoic throughout, quite possibly embarrassed by some of the ‘dire’-logue assigned to him, while his nominal romantic interest Kate Beckinsale simply ticks items off the ‘ass-kicking female lead’ checkbox whilst stifling yawns. The monsters are also wasted, aside from Roxburgh’s camp Count; Shuler Hensley’s Creature gets plenty of screen time and plot emphasis but whimpers through his dialogue like he has a mouthful of soggy tissue, and the emotional impact of Will Kemp’s lycanthropic curse is stunted by the shoddiness of the set-up. These are minor issues compared to David Wenham’s Q-esque simpering sidekick, however, who must rank as the most irritating attempt at light relief since Rob Schneider stank out Mega City One. Wenham’s Carl is fed one-liners at a rate of knots, and each one drives a further stake into the heart of the audience’s interest.

Sommers proved that he can write sharp, sparky dialogue with The Mummy and the superb sea monster smash Deep Rising, and he recently returned to form with his Dean Koontz adap Odd Thomas, so what happened here? Presumably it was the writer-director’s familiar Achilles heel that seems to raise its head whenever he is handed a substantial budget; a determination to prioritise pyrotechnics over plot, and an unhealthy obsession with CG that provides one of the most laughable endings in blockbuster cinema. The result ensures that instead of a cherished love letter to the movies that defined his childhood, Van Helsing is akin to watching a loop of Loony Tunes Halloween specials, Clockwork Orange-style.

Sadly these classic critters have continued to be pushed through the mill ever since, with Joe Johnston’s messy Wolfman remake, the painfully earnest I, Frankenstein and Dracula Untold making quite a hall of shame (although there is admittedly guilty pleasure to be derived from the latter). Thankfully, Universal plan to formally re-launch the monster universe with a fresh take on The Mummy in the coming year, and hope springs eternal for these evergreen abominations. After all, legends never truly die.